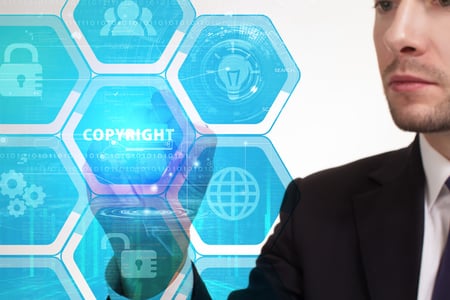 Considering how little about copyright recordation has changed since creation of the U.S. Copyright Office (USCO) in 1870, it’s no stretch to say that it’s far past time to get the process up to 21st century speed.

Based on changes made by the agency over the last 5 years, it’s apparent that the USCO feels the same way.

Back in June 2014, the USCO was already 2 years into collecting public input on how to reengineer document recordation related to copyright ownership. At the time, this was still a paper-driven process that had been largely unchanged for decades.

After intensive study of the problem by an outside scholar-in-residence, the USCO released a report in December 2014 concluding that:

“Document recordation at the Copyright Office has not kept pace with business practices, nor has it kept pace with advances in technology that could make the recording process more efficient and less costly, while at the same helping to build a better document repository and catalog.”

While the report’s conclusion was likely no surprise to anyone in the industry, it made several suggestions for incremental progress toward an electronic recordation system. The proposed implementation would, among other things, transfer data entry of cumbersome schedules of affected copyright properties to filers, rather than the overworked USCO clerks who currently manually enter information from paper filings submitted over the counter.

Since that report, there have been major changes at the USCO. In 2016, a new USCO director, Karyn A. Temple, was appointed. A new Document Cover Sheet was introduced in December 2017, encouraging submission of a remitter-generated Electronic Titles List. And, for the first time, Congressional funding was appropriated for FY 2019 (beginning October 2018) with the express goal of modernizing USCO IT systems.

Alongside these landmark changes, the brand-new Copyright Modernization Office (CMO) was created in January 2018.

In addition to business process review and organizational analysis, the CMO is dedicated to replacing legacy systems with an integrated IT enterprise system that will support registration, recordation and access to public records, including historical records.

In a 2018 review of modernization efforts, the USCO noted the following highlights.

“Even before fiscal 2019, Copyright Office staff began to reengineer its antiquated, paper-based document recordation system. Development is underway for a new online recordation system to completely overhaul the current outdated system that requires time-consuming, manual recordation of documents. A production pilot of the new system is scheduled for fiscal 2020.”

This last bullet point sounds wholly promising, and the USCO’s timeline does anticipate the recordation development pilot program concluding by April 1st, 2020. However, the pilot program is expected to only be a limited release to a select group. Beyond that point, the timeline shows ‘Sustainment and Continuous Development’, with no proposed implementation of a public-facing online system.

This might be concerning to anyone who has followed a software development road map.

For those who want to keep closer tabs on these changes, the CMO started a bi-monthly webinar series in 2019 that covers different aspects of the modernization progress and is open to the public.

Will Filers Learn to Love the Electronic Title List?

One issue the CMO must wrestle with is the ongoing reluctance of filers to use the Electronic Title List (ETL), despite significant financial incentives to do so in the form of discounted filing fees. It is believed that the majority of filers still submit paper filings without the ETL perhaps out of concern for liability for errors in data entry, the cumbersome nature of the ETL template or out of fear of losing the filing date if the ETL is rejected months after submission.

Utilizing the ETL is a priority for realizing the goal of remitter responsibility, as described in the USCO’s 2014 report. In June 2019, the CMO administered a survey to gather information about Electronic Title Upload usage from stakeholders and interested parties. The survey asked why users do not use the ETL and for those that do, how they would improve the ETL spreadsheet. USCO remitter responses to these questions will need to be carefully analyzed, and perhaps changes made to assuage concerns and increase participation.

With the appropriation of dedicated funding, there has been an injection of energy and purpose into the project of updating the U.S. Copyright Office processes. In the last few years, the office’s Documents Section improved their processing time to approximately 9 months (down from 12 or more months!). The creation of an office dedicated to modernization is encouraging, and hopefully will result in further enhancements and improvements.