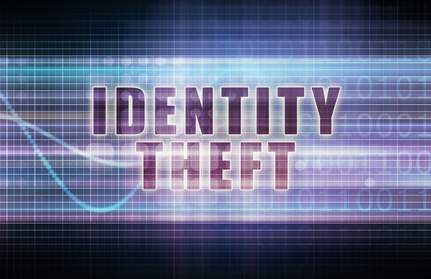 Over the last few years several Secretaries of State, such as Colorado, Massachusetts and Nevada, have issued warnings concerning fraudulent solicitations for annual report filing and meeting minute preparation services. The solicitations are disguised with official looking seals and language to make it appear that the notices come from a state agency. Now the Secretaries of State are starting to issue warnings about a potentially more costly fraud -- business identity theft. Examples of these warnings can be found on the websites of the Secretaries of State of Colorado and Ohio.
Fraudulent Changes to Business Entity Records
While the term “business identity theft” (also referred to as corporate or commercial identity theft) includes a wide variety of crimes involving the misuse of entity names, the Secretaries of State are principally concerned with schemes involving a criminal making unauthorized changes to the state’s business entity records of a target company to make it appear that the fraudster is authorized to act on behalf of the company. The fraudster will then use the altered records to make a fraudulent application for credit. The perpetrator may take other steps, such as establishing virtual offices and fake websites to support the fraud. The fraudster will then use the credit to purchase computers, gift cards and other expensive supplies easily convertible into cash. After taking delivery, the criminal moves on leaving the supplier and target company to resolve who will take the loss.

The schemes tend to target small and midsize companies with strong credit ratings because they are not as well known by the lenders and do not have the resources to continually monitor their records. As mentioned previously another favorite target is recently dissolved or revoked entities. Colorado reported that 80% of the reported victims were dissolved or delinquent companies.

Due to the heightened awareness of an increase in business identity theft, Secretaries of State are taking steps to minimize the problem. For example, some states are prohibiting the online filing of reinstatements and are carefully scrutinizing documentation and information presented when an entity is reinstated. Georgia and Colorado send e-mail notifications to a registered contact at a company whenever a change is made to the public record of the company. For further protection of companies, some states are assigning passwords that must be entered before annual reports can be filed. The National Association of Secretaries of State has established a Business Identity Theft Task Force to further develop business identity theft prevention strategies.

How Businesses Can Protect Their Identities and Credit

A business should take many of the same steps that an individual would take to protect his/her identity and credit, including monitoring of invoices and credit card statements for any unauthorized transactions. Additional steps include:

Unfortunately, the technology that supports the desire for states to streamline the process of business formation and online annual compliance lends itself to an increased risk of business identity theft. As mentioned above, Secretaries of State are taking steps to identify and prevent this type of fraudulent activity. Successfully reducing the vulnerability of businesses to this threat will also require that the businesses most likely to be targeted start taking a more active role in prevention.