Are You Ready for the Article 9 Amendments? 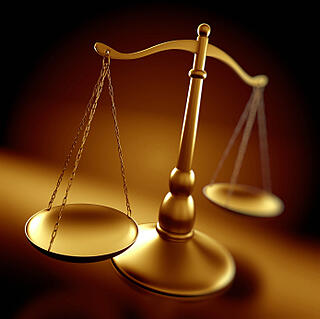 Are you ready for the amendments to Article 9 that will become effective in most states on July 1, 2013?

Current Status of the Article 9 Amendments
As of January 8, 2013[1], 28 states and Puerto Rico have enacted the 2010 Amendments to Article 9, 11 states and the District of Columbia have legislation pending and 11 states have not yet taken action. (See COGENCY GLOBAL INC.'s Map Graphic Showing the Status of the Amendments in All States.) If some states do not enact the amendments with the uniform effective date, UCC filers and searchers may have to contend with two sets of laws starting in July.

No Dramatic Changes; Mostly Clarification of Existing Law
The 2010 Amendments are not major revisions to Article 9. Instead, the amendments scheduled to become effective this summer are generally clarifications and improvements to current Article 9, including helpful revisions and additions to the Official Comments. The drafters have refined some terminology, broadened some definitions and provided guidance and clarification concerning the correct debtor name, especially when the debtor is an individual. Amended Article 9 strives to clarify and provide guidance concerning the source document that should be used when determining the correct name to use on a UCC financing statement. In addition, new financing statement forms have been developed replacing the forms currently in use. While there are no dramatic revisions to Article 9, there are plenty of modifications that will require filers and searchers to become familiar with the changes prior to the July 1, 2013, effective date.

Clarification of What Constitutes the “Correct Name” of an Individual Debtor
One topic that has received significant attention and has been litigated often since the major revisions to Article 9 in 2001 is the sufficiency of an individual debtor name on a financing statement. To address what an individual debtor’s correct name is, the drafters of the 2010 Amendments have presented states with two options to choose from in Section 9-503(a) when adopting the 2010 Amendments; Alternative A or Alternative B.

Of the states that have enacted the amendments or currently have legislation pending, most have adopted Alternative A. Only a handful of states have adopted Alternative B thus far. Regardless of the alternative selected, these amendments will be providing more guidance than there has been in the past. Accordingly, the drafters of the 2010 Amendments are hoping to reduce the amount of litigation surrounding this issue and increase the confidence of users of the Article 9 filing system.

New Definition, “Public Organic Record,” and Expansion of Entity Types Considered to Be “Registered Organizations”
The 2010 Amendments to Article 9 add a new definition for “public organic record,” to clarify which “public record” is the correct source of a debtor name for the purposes of Section 9-503(a)(1). It includes articles of incorporation and similar formation documents filed to create business entities along with any amendments or restated articles in the state of formation. With this, the drafters have now made clear that state databases and other corporate documents, such as good standing certificates, are not considered a suitable source to verify the name of a registered organization formed by a filing made with the Secretary of State.

The new “public organic record” definition also expands the scope of entities subject to the name requirements for registered organizations in Section 9-503(a)(1) to include the records initially filed by business trusts in a state, government-issued charters that form organizations and legislation that creates an organization, along with subsequent records/legislation that amend or restate them. With the expansion of this term, filers and searchers will need to carefully consider where to search and file for these types of entities.

The definition of “registered organization” has been changed to include the new definition of “public organic record,” resulting in some entities not formed by the filing of a public record to now be included (see previous paragraph).

Other Noteworthy Changes
Certainly, many more modifications that are important have been incorporated into Article 9 with the 2010 Amendments. The drafters have clarified that a transmitting utility designation can only be made on an initial financing statement (Section 9-515 (f)). New Section 9-316 helps to ensure that a secured party can maintain priority not only in existing property, but also in after-acquired property, for four months after a debtor changes the location of its chief executive office or state of formation. Similarly, a four-month grace period will apply when a new debtor becomes bound by the security agreement and is located in a different jurisdiction than the original debtor. And, with the occasional need to maintain priority and move a filing from one jurisdiction to another resulting from additional entity types being incorporated into the registered organization definition, a five-year transition period is provided in Part 8 of Amended Article 9.  These and other topics will be the focus of future Amended Article 9 COGENCY GLOBAL INC. blog articles.

Future Blog Articles to Provide Additional Helpful Information
The 2010 Amendments to Article 9 provide further guidance and direction on a number of challenges that have been faced by secured lenders since Revised Article 9 took effect in most states in July 2001.  Over the next six months, COGENCY GLOBAL INC. will provide regular blog articles covering a variety of important topics addressed in the 2010 Amendments that matter most to our clients.

[1]  To stay on top of state enactments of the 2010 Amendments to Article 9, visit the UCC Article 9 Amendments page of our website. Our detailed chart provides links to each state’s enactment of the amendments and provides helpful information about non-uniform provisions and form requirements.