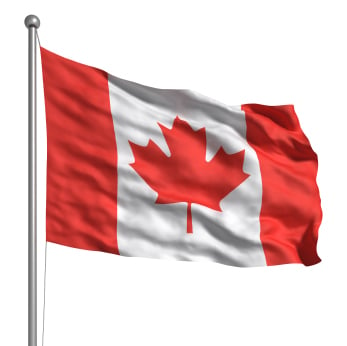 More and more UCC filers are engaging in transactions that may require the perfection of a security interest in Canada. While Canada does provide a “notice filing” system similar to the U.S., the preparation and “filing” of financing statements differs from the U.S. in some significant ways. This article focuses on general registration requirements in Canada. Note that each province may impose additional unique registration requirements. Also note that all Canadian provinces have adopted the Personal Property Security Act (PPSA) except for Quebec. Quebec secured transactions are governed by the Civil Code of Quebec. Therefore, the information discussed in this article does not apply to Quebec secured transactions registrations.

Differences between the Current U.S. Article 9 Model Act and the Canadian PPSA

In developing the PPSA, Canada referenced the 1967 U.S. Article 9 model act. This is the foundation for many of the similarities between the two countries’ notice filing systems. Although there are many common characteristics between the two systems, Article 9 of the UCC has been revised dramatically since 1967, with a major change occurring on July 1, 2001 and then another update when the 2010 Article 9 amendments took effect in most states on July 1, 2013. Over the years, the changes to the U.S. model act and state laws have created confusion when preparing and filing (registering) secured transactions in Canada by U.S. filers.

The PPSA is provincial, which is similar to the U.S. because UCC Article 9 is a state law. Each Canadian province adopts a modified version of the PPSA similar to each state adopting its own version of UCC Article 9. Also, in the United States, UCCs are filed; but in Canadian provinces, financing statements are registered. Finally, Canadian registrations are generally made where the collateral is located and may require more than one registration if collateral is located in more than one province. In the U.S., UCC filings are filed in the jurisdiction where the registered organization was formed for non-fixture collateral.

Unlike in the U.S., where liens on motor vehicles are subject to title laws and made through the Department of Motor Vehicles, in Canada, a security interest in a various motor vehicle types may be made with a secured transaction registration. For these types of registrations, the PPSA requires the year, make, model, serial number, Vehicle Identification Number and vehicle type to be included.

Unlike in the U.S., there is no specified window of time for which a registration’s life can be renewed/extended as long as the financing statement renewal is made before the initial registration expires. The secured party may choose to renew (continue) an initial registration for any time period in whole years.

The many similarities between secured transaction filings/registrations in the U.S. and Canada make Canada’s preparation and registration process familiar to U.S. filers. There are, however, some important differences that should not be overlooked. It is important to carefully review the requirements specific to each province involved, in order to ensure the proper perfection of your security interests in Canada.