In a recent article, Amending Corporation and LLC 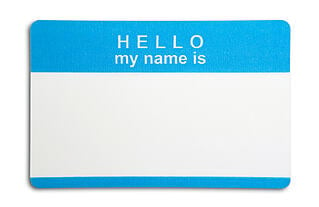 Qualifications Nationwide, we discussed qualification amendments and the various contrasts and comparisons between the states. For this feature, we are digging deeper into one of the common events that precipitates an amended qualification: a name change in the corporation’s home state. More specifically, we are asking, “What happens when a corporation’s new name is not available in a foreign jurisdiction?”

The common course of action is for the corporation to use a different name when conducting business in that state. The formal expression for this name varies, but will almost always be one of the following: “alternate name,” “assumed name,” “fictitious name,” “modified name” or “trade name.” Most states require that the fictitious name (the term used most often) be available for use and that it contain a corporate indicator. Some states make the corporate indicator optional; however, New Hampshire, New York and Vermont do not allow it. It is likely that the fictitious name will be listed on the amended qualification filing, usually next to, or very near to, the new corporation name. In several jurisdictions, there are requirements for a foreign corporation to obtain consent to use its new name from the existing conflicting entity.

Many jurisdictions also mandate that, in addition to the qualification amendment and any other state filing(s), the corporation attach a resolution from the Board of Directors which authorizes the use of the fictitious name. The specific requirements for signatures and wording of the resolution vary, so it is important to confirm what is needed for each state in which an entity is authorized to do business.

Here are a few interesting and notable exceptions to the general rules for the filing of fictitious names for foreign corporations:

We asked, “What happens when a corporation’s new name is not available in a foreign jurisdiction?” and this article provided an overview of general practices.  To assist you in preparing for such a scenario, remember this mental checklist:

1)  Is the fictitious name available?

2)  Does it need a corporate indicator?

3)  Should a resolution from the board of directors be drafted?

4)  Is there an additional fictitious name form to be filed?

5)  Are there other unique requirements in this jurisdiction?

Obtaining the answers to these questions in advance for each foreign jurisdiction will enable you to properly address the name change and avoid rejection and delays.