As discussed in our previous post, “Debunking the Myths About Offshore Financial Centers,” the term “offshore financial center” (OFC) brings up visions of island locales where big bad financiers, terrorists, drug dealers and other criminals store the funds of ill-gotten gains and where the money can’t be traced. But is that really the case? 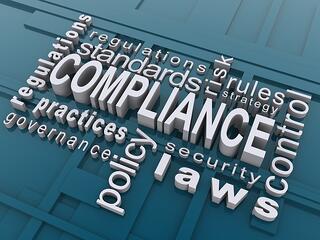 In recent years, this perception has started to change thanks, in part, to efforts of organizations such as The Organisation for Economic Co-operation and Development (OECD) and the Financial Action Task Force (FATF), the enactment of the Foreign Account Tax Compliance Act (FATCA) by the U.S., related efforts by the U.K. and actions taken by the governments of the OFCs themselves.

In response to recommendations, primarily by FATF, the last few years have brought about vast reform. OFCs have taken significant measures such as enacting laws and regulations and signing treaties and agreements to promote cooperation and the sharing of information.

This article will focus on how three of the most well-known OFCs are enacting reforms to improve their reputations and give the world financial community the increased confidence and transparency required to do business with them.

The British Virgin Islands (BVI) has beautiful beaches, scuba diving and most recently anti-money laundering legislation. The Anti-Money Laundering and Terrorist Financing Code of Practice, 2008 requires the establishment of internal control systems, sets out a prohibition on shell banks and sets some pretty impressive due diligence requirements prior to the acquisition or formation of BVI business companies, limited partnerships, funds, foundations and trust structures. These include identifying the identity of all beneficial owners holding more than 10% interest in the entity and each individual controller (i.e. director, General Partner, fund manager, trustee, etc.) through the collection of personal identification documents (i.e. passport copy, residential address proof, source of funds) verified by a reliable source, such as certified true copies from a practicing banker, lawyer or public notary from a FATF member jurisdiction. It also requires that any change in an underlying principal, or the beneficial owner, or controller of the underlying principal is properly appropriately verified and accurately recorded by the local licensed BVI registered agent.

This was followed by the Regulatory Code 2009. It requires licensees to conduct their licensed business in accordance with six principles:

And the BVI is not just working on its own. During the week of the Joint Ministerial Council in November of 2013, the BVI signed an Intergovernmental Agreement (IGA) authorizing the exchange of information for tax purposes on an automatic basis with the U. K.  As of December 9, 2013 they are in the process of negotiating an agreement with the U.S. on FATCA. Reformation and communication are at work in the BVI.

The Cayman Islands are in a similarly situated locale with beaches, history (including shipwrecks) and resorts. They, too, have been working on legislative reform regarding anti-money laundering (AML). In March of 2010, the Cayman Islands Monetary Authority enacted the Guidance Notes on the Prevention and Detection of Money Laundering and Terrorist Financing (revised, 2010) to bring the Island’s financial service sector’s best practice in-line with the most up-to-date guidelines of the FATF. Included in this guidance is a requirement for the proactive reporting of suspicious activities (i.e. funds received with an undocumented source, dealings with sanctioned countries, etc.). The guidance defines and requires identification procedures including the obtaining of:

It details systems for financial service providers to have in place that may evidence due diligence such as training, procedures, monitoring, reporting, and record keeping. There is sector specific guidance (i.e. companies, trusts and funds). And, the guidance outlines offenses, including penalties, for tipping off a possible offender.

As for international communication and treaties, The Cayman Islands are a bit ahead of BVI on the tax information front. They signed an IGA with the U.K. on November 5, 2013. The agreement with the U.S. for FATCA was on November 29, 2013.

If you do not want to go the Caribbean route, you could consider East Asia. How about Hong Kong? Not to be outdone by the BVI or Caymans, Hong Kong has been busy with legislation as well. While nothing has been done with the U.K.’s information proposals, as of January 2014, the Hong Kong government has been in discussion with the U.S. government with an aim to conclude a Model 2 IGA.

The Anti-Money Laundering and Counter-Terrorist Financing (Financial Institutions) Ordinance (AMLO) became effective April 1, 2012. It includes requirements for bank account applications to include full due diligence on the good standing of the corporate applicant, identification of ultimate beneficial owners, full record of a corporate applicant’s business plans and operations and pre-set daily limits on outbound wire transfers. It sets prohibitions against anonymous accounts and correspondent banking relationships with shell banks. On March 3, 2014, a new Hong Kong Companies Ordinance (2014) will supersede the previous Companies Ordinance (2012) bringing about significant changes to the corporate governance requirements of a Hong Kong private limited company such as ending the practice of appointing corporate directors to the board of a company. From now on, corporate directors can only hold directorships in a Hong Kong company under the new ordinance if there is at least one individual director also appointed to the board. These new appointments also apply to legacy companies formed prior to March 3, 2014.

And lest anyone think of disregarding the provisions of the AMLO, well, it spells out what will happen. Relevant authorities are allowed to publicly reprimand a financial institution (FI), order the FI to take action to remedy a fault and order the FI to pay a pecuniary penalty not to exceed the greater of HK$1,000,000 or three times the amount of the profit gained, or costs avoided, by the financial institution as a result of the contravention. It allows for penalties of HK$1,000,000 and 2 years imprisonment for certain offenses. But, if there is intent to defraud, the prison term is upped to 7 years.

Moving in the Right Direction

Far from the reputations of old, these new and improved OFCs are demonstrating a desire to be integral respected components of the global financial and trade communities. With the advent of FATCA, the U.K.’s IGAs, and an ever developing culture of communication and compliance they appear to be on the right path.