UCC Financing Statements: What's at Stake by Not Getting the Individual Debtor's Name Right 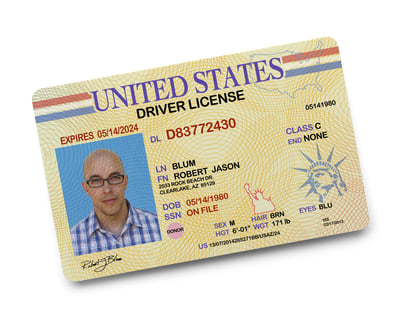 Not Sure Which is the Middle Name? File Against All Variations!

The Preston court said it best, “it is not difficult or burdensome for a lender to review the name on a borrower’s driver’s license and correctly complete the UCC-1 using that name.” Now, that is generally true, but Preston has a bit of a twist, or at least that’s what the secured party argued. The secured party said there was nothing on the debtor’s driver’s license to indicate which order the name is in, that is, which was the first, last, and middle name. But the court, unpersuaded, reminds us: “if there is a question about the name stated on the license, or an ambiguity, the [Article 9] commentary suggests filing under more than one name.”

Inconsistent Search Logic from State to State for Middle Names vs. Initials

Now, it may be surprising that a search under the full middle name did not uncover filings with just the middle initial. In some, but not all other states, searching “Darren Eugene Bryant” with the standard search logic might uncover “Darren E. Bryant” and “Darren E Bryant”. But that is not the case with Georgia’s standard search logic. This underscores that you cannot assume there is uniform search logic among all of the states or count on search logic to save you when you did not get the debtor name right on your financing statement.

For tips on how to file under multiple names, see “Uniform Commercial Code Article 9 Filing Forms".

Important Lesson for Secured Parties and Their Counsel

As these two cases demonstrate, secured parties with individuals as debtors must remember to follow the Article 9 rules when naming the debtor on a UCC financing statement. This means, for states that adopted alternative A, indicating the individual debtor’s name on a UCC filing exactly how it appears on an unexpired driver’s license issued in that state. Failure to do so can result in a seriously misleading financing statement and an unperfected security interest. So, if there is any ambiguity, such as which name on the driver’s license is the middle name, consider filing under multiple debtor names.