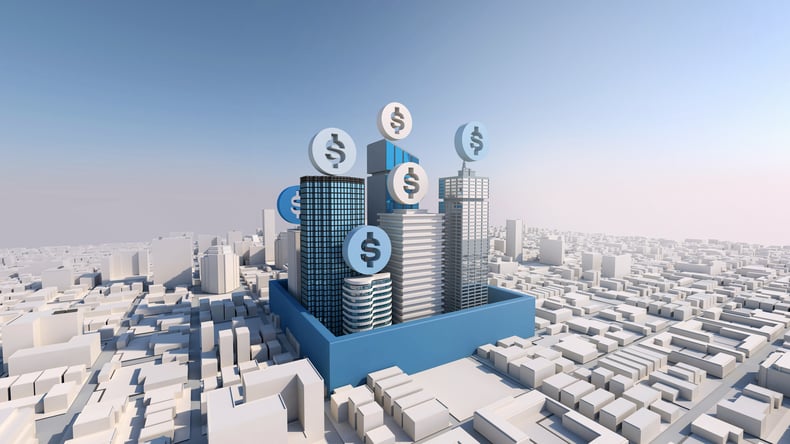 Commercial real estate financing transactions, typically requiring the appointment of a process agent, are often governed by New York law for a reason.

In my professional experience, New York is routinely the first choice of governing law for cross-border transactions, especially in the Americas. This is no accident and may be even more predictable than the sunshine in Los Angeles (where I live); the consistency with which New York contract law is applied is remarkable. Further, many domestic commercial agreements are governed by New York law as well. Within the domestic sphere, commercial real estate transactions are no exception to this standard. Whether your current deal is structured as commercial mortgage-backed securities, mezzanine, or tenancy in common financing, there’s a high likelihood that the governing law buried in the miscellaneous provisions of your agreements will be New York.

Why is this and why would this be the case even when the parties involved have little or no nexus to New York?

New York courts have interpreted and developed a body of case law that has addressed many of the most sophisticated commercial transactions since the beginning of the Industrial Revolution.1 Its history of case law is rivaled only by English law. And despite English law’s notable head start of a few hundred years, New York has nevertheless, distinguished itself ahead of all other bodies of commercial law by adopting some concepts of civil law.

New York was also one of the first states to adopt the Uniform Commercial Code governing commercial payment and security interests – relevant to any commercial real estate transactions involving a deed of trust. The Code reflects the requirement of “good faith”, which is also an essential component of New York contract law.

New York was also the first jurisdiction in the United States to treat private arbitration rulings the same as court judgments and is home to the world’s leading arbitral institutions.2

This is not "Night Court"

As a teenager in the 1980s, one of my first introductions to law was through comedy and the whacky cases and characters that came through the Manhattan chambers of Judge Harry T. Stone in “Night Court”.

While the material in this sitcom was entertaining and a fun introduction to legal procedure for a kid in suburban New Jersey like me, the idea of a dispute in your commercial real estate transaction ending up in a random state court on the same docket as petty theft, fender benders, or messy divorce cases would be no laughing matter.

Thankfully, New York agrees and offers solutions to this potential problem. Not unlike the highly regarded Delaware Chancery Court (established to deal specifically with complex corporate disputes), the Commercial Division of the New York Supreme Court was established to deal with the most sophisticated commercial law disputes and is considered to be one of the most refined and developed bodies of contract, commercial and business laws available to govern commercial real estate finance transactions.

Some of the reasons why the Commercial Division of the New York Supreme Court is held in such high esteem include:

Need a process agent? Watch our video "Appointing a Process Agent in 3 Steps" to learn how you can appoint one fast.

If you choose New York as governing law for your commercial real estate transactions, you'll often be required to appoint a process agent. 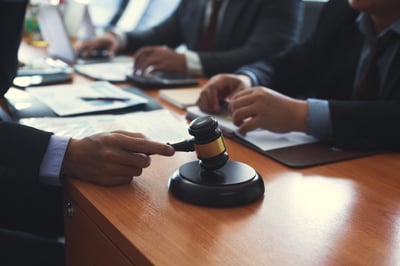 The role of the process agent is to (i) act as a representative upon whom court papers or service of process, i.e., Summons and Complaint (“SOP”), may be delivered to on behalf of certain parties to commercial real estate finance agreements, and (ii) receive the SOP and to forward to their contact on record. Proper service of legal process establishing personal jurisdiction over the party or parties served and proper venue are two examples of the initial important first steps of the litigation process when bringing an action in New York courts.

When your commercial real estate transaction is significant enough for the parties involved to adopt New York law, it makes sense to choose a commercial process agent that not only understands your transaction, but the scope of its role in the event of any potential legal proceeding. (See our past blog article: Tips for choosing a professional process agent)

Center of the Universe?

After living on the West Coast for almost 28 years, it’s hard to imagine wanting to be anywhere else but Southern California. I've grown used to palm trees, predictable sunshine, and spending as much time outdoors as possible. However, each time I visit New York for business, I'm reminded why some New Yorkers might consider our most populated city to be the center of the universe.

In addition to being the center for the arts, culture, and media in the United States, New York is the leading global center for trade, commerce, and finance, which is why so many choose the state as the governing law for the agreements in their business contracts, partnerships and commercial transactions.

3Any contract obligation of $250,000 or greater allows domestic parties with no connection to New York to choose to be governed by New York law.