Reasons to Appoint a process Agent under English Law 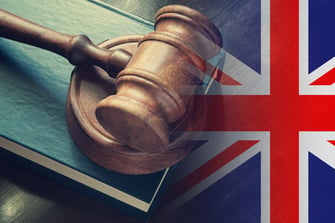 The prominence and global reach of English law, over the years, has been well recognised by the international legal community. English law doesn’t lag far behind New York in terms of its popularity or convenience as an international choice for cross-border business transactions. In fact, parties prefer English law to govern their commercial transactions because of the large body of judicial precedents and the consistency and fairness of English courts. English law brings within its scope certain unique advantages, which we will examine in this blog post.

Before moving on, it’s important to note that, generally speaking, English law is the legal system of England and Wales. Unlike Scotland and Northern Ireland, which maintain their own legal systems, Wales is not a separate jurisdiction within the United Kingdom. English law is based primarily on common law, which is developed by judges sitting in courts, and creates binding precedents for future cases.

The Global Reach of English Law

At the height of its power in the early 20th century, the British Empire had widespread global reach that extended all the way from Australia, New Zealand, to large parts of Africa, Asia and Canada, as well as a number of other Commonwealth nations. As a result, the legal systems of many of these countries are derived from or maintain a strong link to English common law principles.

For that reason, not only is English law well understood and embraced by these countries, but it continues to be highly regarded and followed (in various degrees) even to this day. Consequently, when those countries are involved in international transactions, English law often becomes a natural choice for parties to those agreements.

England as a Centre for Arbitration

English courts recognise the benefits of mediation and other forms of Alternative Dispute Resolution (ADR) in helping parties to settle cases outside the court process. London is home to a large range of arbitral bodies with high-quality mediators for international parties to resolve their legal disputes amicably without the need to litigate. The UK is party to a number of international reciprocal arrangements, including the New York Convention, allowing for mutual recognition and enforceability of arbitral awards.

Some of the more obvious reasons for choosing English law include the wide prevalence of the English language as lingua franca, London’s cosmopolitan character, as well as the level of comfort of its legal professionals in dealing with international commercial disputes. Other more specific factors also help to explain England’s popularity as the choice of law and jurisdiction in cross-border deals:

As the capital of the world’s first industrialised nation, London quickly established itself as a pre-eminent business and legal hub. With a well-developed body of law and judicial precedents, the contracting parties are likely to get a fair trial, should one’s contract end up in dispute. The English Courts are competent to hear cases under any other law and deliver judgments in accordance with that law, which makes England a preferred venue for international disputes.

Therefore, in many cross-border commercial financing transactions (e.g. credit financing, debt and equity securities offerings, aviation leasing and financing) involving parties from around the globe, choosing English law as the governing law of the financing contracts is favoured by lenders and the parties involved in these financing transactions. Parties to international contracts often don’t have a physical presence in England. In that situation, a process agent (also referred to as “agent for service of process” or “contract agent”) with an address in that jurisdiction is often required by one of the parties. The process agent will be responsible for receiving and forwarding service of process to the parties if there is ever a legal dispute under the contract. As such, it’s important to choose a knowledgeable and reliable process agent.

Great Britain may have long lost its formal empire, but the island’s worldwide influence is still significant in many aspects, including frequently being chosen as the governing law in international transactions. While the English cuisine hasn’t enjoyed the same level of popularity (fish and chips, anyone?), England’s commercial law and courts are still regarded as a model in terms of party autonomy and legal certainty.

Do you need a process agent? In our recently updated white paper, we outline the best ways to appoint a reliable process agent in line with your transactional needs, and the benefits you could gain as a result. Click on the button below to download the white paper for more information.