How Liens, Loans, Mortgages and Charges are Searched and Filed in the U.S. 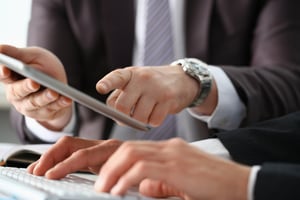 The Uniform Commercial Code, also known as UCC, is a large body of laws in the United States which govern commercial transactions. In particular, Article 9 of the UCC covers secured transactions, enabling lenders to have a security interest in the debtor’s or borrower’s property in the event of a default on a loan or the borrower filing for bankruptcy.

What exactly do you need to know about the Uniform Commercial Code? The following article looks at how liens, loans, charges and mortgages are searched and filed in the U.S, along with key considerations for preparing and filing UCC financing statements.

The Uniform Commercial Code Article 9: Defaulting on a Loan

By filing a UCC financing statement, also known as a UCC1, with the appropriate filing office (usually the Secretary of State or equivalent), the public is put on notice of the property the company/borrower has pledged as collateral to another party. This could be anything from inventory, machinery and equipment to accounts receivable, stocks and bonds.

This means that if the borrower decides to go to another lender for a loan and pledges the same collateral, the lender can easily find this information in the public record through a due diligence search. At this point, the lender can either decide not to give the loan or take the risk if they feel the collateral has enough value to cover the loan in the event of a default.

If an organisation (i.e. the borrower) defaults on a loan, Article 9 of the UCC provides security for the lender, provided that the financing statement is prepared correctly and filed in the right filing office. This is especially important to the lender when the borrower files for bankruptcy.

In the event of a bankruptcy, often the company only has so many assets left. In this case, a bankruptcy trustee comes in, manages the sale of the assets and then oversees the distribution of the proceeds to creditors. Secured lenders (i.e. those with priority who correctly filed UCC financing statements), are first in line to receive the proceeds. The filing of a UCC1 financing statement provides protections to the borrower from third parties, such as the bankruptcy trustee.

Related read: The Importance of International Corporate Due Diligence in the Face of Bankruptcy and Financial Restructuring

The following are key factors to consider when preparing and filing UCC financing statements:

Use the Correct Name

Know Where to File in the U.S.

In general, UCCs in the U.S. need to be filed in the company’s formation state. However, there are a few exceptions to this. This is important to note because in many other countries, the filing location is based on where the collateral is located.

Sometimes, an entity is formed outside the U.S., but the collateral is in the U.S. In this situation, you can still file a UCC financing statement in the U.S. However, the lender may need to investigate and take into consideration the laws in the country of formation, especially if they are similar to Article 9 of the UCC.

In addition, a company formed outside the U.S. isn’t considered as a registered organisation under Article 9. In this case, you either file in the District of Columbia or in the country of formation if they have a similar system to the U.S. See the below examples:

Example #1: The debtor is a corporation that was formed in France and their chief executive offices are in New York. The place to file would be New York. As a precaution, some would file in Washington DC in addition to filing in New York.

Example #2: The debtor is a corporation that was formed in France and their chief executive offices are in France. Assuming France doesn’t have a UCC-type filing system, the place to file would be Washington, DC.

Example #3: The debtor is a Canadian corporation with chief executive offices in Toronto, Ontario and assets in New York and California. The place to file would be Canada since that is where the chief executive offices are located. Canada also operates under a UCC-type filing system. As a precaution, some would also file in Washington DC. Since Canada’s Personal Property Security Act requires filing in the location where the collateral is located, it may also be advisable to file in New York and California.

Be Aware of the Statutory Period

Once you file a UCC1 financing statement in the U.S., all states except for one have a five-year statutory period. In Wyoming, this is ten years. The UCC can be continued if the obligation has not yet been met, otherwise it will no longer be effective once the statutory period is up.

Recognise the Concept of Priority

The UCC is a notice system that sets priorities. When a filing is made and placed in the public record, it is issued a date, time and number. Whoever files their financing statement first has priority over anyone else for the same collateral. However, if the financing statement doesn’t comply with all requirements (exact correct debtor name, proper filing office etc.), it becomes ineffective and the priority doesn't exist.

For instance, if two banks agreed to lend to a particular borrower and that borrower pledged all of their accounts receivable and business equipment, the bank that filed the financing statement first gets priority. Timing is therefore crucial when submitting these filings in the public record.

The Importance of Due Diligence and Searching the Public Record

It’s important to note that before a lender even decides to provide a loan and file a UCC financing statement, first they’ll perform a due diligence search. This allows them to find out in advance if there are any other liens filed against the company, which of their assets are already pledged and encumbered, and how many secured loans they’ve already taken.

Part of this process is verifying not only whether other UCCs have been filed in the public record, but also if there are any state and federal tax liens, judgment liens and any litigation or bankruptcy proceedings that might be concluded or in progress.

Regardless of what the borrower tells you, it’s crucial to do your own research. Know what you’re up against based on what’s already in the public record.

As you can see, due diligence and filing UCC financing statements in the U.S. can often become complicated and challenging. This is why choosing a reliable and trusted service provider can help to ensure everything runs smoothly.