For-Benefit 'Hybrid' Enterprises: B Corps and Beyond 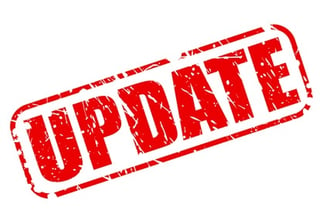 Updates on Hybrid Legislation
There are currently 29 jurisdictions with effective hybrid corporation statutes - nine more than we reported in our blog article in April 2014 (“Update: States That Allow Benefit Corporations”) - with one* more to be added on January 1, 2016:

As of this writing, eight jurisdictions have legislation pending:

Corporation Hybrids
The vast majority of states have enacted or are considering legislation authorizing the formation of benefit corporations or "B corps." A benefit corporation is a for-profit entity committed to meeting higher standards of purpose and accountability, while maintaining fiduciary responsibility to shareholders. In addition, it maintains social responsibility for, and transparent reporting to, its workers and the community at large. The corporation's social and environmental record is measured for success by a credible, recognized third-party standard, for the approval of the stakeholders.

Besides the benefit corporation, California has also approved the "flexible purpose corporation." Instead of identifying a broad social pursuit, this entity is required to specify one or more special statutory purposes. In addition, flexible purpose corporations have more rigorous compliance demands, including detailed annual reporting and shareholder reporting. There are not, however, third-party standards to be met.

Washington State has offered the "social purpose corporation." This hybrid is formed, for-profit, to pursue social and/or environmental purposes; create economic value for shareholders, and promote the positive effects of, or minimize the negative effects of, its activities. Of the three hybrids discussed here, this form has the least rigorous reporting requirements: it need only publish an annual report to its website which describes promotion of its stated social purpose.

Low-Profit Limited Liability Company (L3C) and Charitable Status
A low-profit limited liability company, or L3C, is a hybrid of a limited liability company and a nonprofit organization, formed to further a charitable or educational objective, but also with a profit motive. Our blog post from April 16, 2012, “What is a Low Profit Limited Liability Company?,” reported:

As of January 1, 2014, North Carolina no longer recognizes L3Cs. As part of a revamping of its LLC law, the provision for L3Cs was removed. According to the revision's drafters, the L3C entity type became unnecessary as a result of the broad purposes allowed for LLCs under the revised law.

Other questions are raised, in general, regarding the IRS's lack of ruling on the charitable status of L3Cs. The entity was originally created to attract investors through, "…Program Related Investments (PRI). They’re a type of investment that private foundations, which must use 5% of their assets every year to remain tax-exempt, are allowed to make."[1] Without a firm IRS ruling, L3Cs have not attracted PRIs, which invest in entities that don't focus on profits, but that have charitable or educational purposes. Formation of L3Cs, across all jurisdictions, have slowed in the last couple years.

Social Entrepreneurs Have Many Choices of Entity Type
As you can see, social entrepreneurs have a wide array of choices when considering the structure of their enterprise. Due to the different structures and compliance/reporting requirements, it is always a good idea to seek competent legal and tax advice before making a decision as to which type of business entity to form.