North Carolina and Virginia are changing how businesses manage registration and renewal of assumed names. 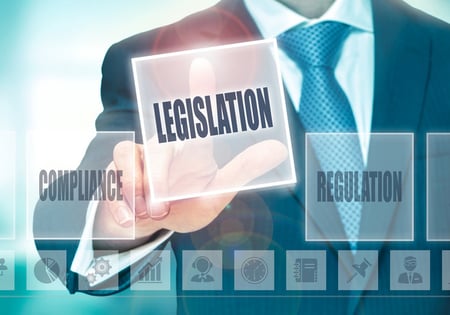 Assumed name compliance is often a complicated matter due to wide variations in state requirements. However, North Carolina and Virginia have a number of things in common regarding the registration of assumed names:

In the past few years, both states have updated legislation on how assumed names are filed in their state.

Keep in mind that a person listed as ‘owner’ must file under the new law before December 1st, 2022 if any of the information in the original certificate has changed. For general partnerships, this includes the withdrawal or addition of a partner.

If a company merely wishes to withdraw an assumed name filed under the old Article 14, they may still file a Certificate of Withdrawal per Section G.S. 66-68(f). These filings will not be added to the central database maintained by the Secretary of State.

Currently, per Chapter 5 of the Code of Virginia, Certificates of Assumed Name are filed at the Clerk of the Court in the city or county where business is to be conducted. Following that filing, a ‘registered entity’, such as a corporation, limited liability company or a partnership, must file a certified copy of the certificate with the State Corporation Commission.

Effective January 1st, 2020, Certificates of Assumed Name will be filed directly with the State Corporation Commission. The certificates must include:

Once filed, assumed name certificates will still not need to be renewed. Entities (or individuals) may still be able to release assumed names by filing a Certificate of Release of an Assumed or Fictitious Name with the clerk of the State Corporation Commission, or with the Clerk of the Court for names filed with the court before January 1st, 2020.

Companies using voluntary assumed names across a number of states must grapple with a great many variations in the state statutory requirements for both initial assumed name registration and renewal. Removing even some of the complexity involved with assumed name compliance is a welcomed change.

The laws in North Carolina and Virginia simplify requirements for companies doing business in a number of locations within those states. Companies will no longer be required to submit multiple registrations at various offices. Instead, a single registration will cover multiple locations.

If you have assumed names registered in multiple states – not just North Carolina and Virginia, it might be worthwhile to have a service company manage assumed name compliance for you.