Life of a Company, Part 3:  Dissolution and Winding Up

Today concludes our series on the Life of a Company. Part one dealt with the issues, questions and filings required on the public record when a company is first starting out. Part two discussed the considerations and steps to be taken if and when a company decides to “go public,” offering shares on NASDAQ or NYSE. In this article, we will look at the final stages of a company’s life. In our case, the ending is not a sad one. Our company remains successful and willingly decides to sell the business when approached by an interested buyer, who acquires the company’s business via an asset purchase. This type of acquisition, unlike a statutory merger, does not require filings to be made on the public record, so we will be looking instead at the process of dissolution and winding up of the entity. 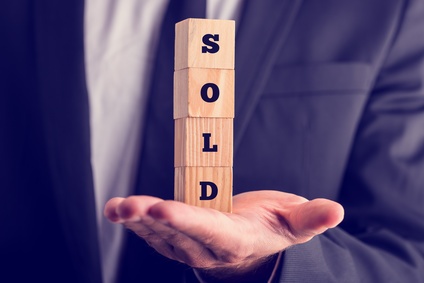 Approval of the Dissolution
Dissolution of a corporation can be seen as a three-part process. The first step is for the company to make a formal decision to dissolve the company. The Board of Directors must first draft and approve a resolution to dissolve and then either call a meeting of shareholders for the specific purpose of approving the resolution. For a Delaware corporation, a majority of the voting shares must consent to the dissolution; in other states a super majority may be required.

In addition, Delaware and many other states require that franchise and/or other taxes must be fully paid before the entity can be dissolved. In Delaware, these taxes are paid directly to the Secretary of State. In other states, the tax return and payment is submitted to the department of revenue or taxation. In some of those states, a formal Tax Clearance Certificate from that other department is not required by the Secretary of State. Instead, the entity must indicate on the Certificate of Dissolution that a final return has been filed and all taxes have either been paid or will be paid. In other states, like New York, a Tax Clearance Certificate must still accompany a Certificate of Dissolution. Finally, in Delaware and several other states, the entity also has to file the current year’s annual return. And if the company is a public company, it must also provide notice to the SEC and de-list its shares.

Winding Up
After a Certificate of Dissolution is filed in Delaware, the company continues for three years to give it time to wind up its affairs. During this period, the company can settle any suits against them, discharge any liabilities, distribute assets to shareholders and, if desired, provide notice to claimants, establishing procedures and time frames for establishing a claim.

During the winding up period, the company must also terminate its authority to do business in any states where it registered as a foreign corporation. This process is usually accomplished in one of two ways:

Importance of Updating the Public Record When Dissolving
It is important to ensure that the public record filings regarding the dissolution of an entity are filed when an entity ceases to exist and do business. Allowing an entity to remain on the public record means that the company continues to be responsible for franchise taxes and other payments. Making the proper filings on the public record removes those obligations and ensures that any difficulties or problems that could result from non-payment of those fees do not occur.