Transferring Domicile from One Country to Another 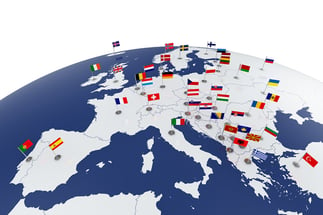 Re-domiciliation (sometimes known as domestication, re-domestication, transfer, continuance or company migration) is a process by which a company transfers its domicile from one country to another, while continuing the existence of the company. For example, a Delaware company may become a Cayman Islands company through the process of re-domiciliation without having to dissolve the Delaware entity and incorporate a new Cayman entity.

A company may choose to change domicile for a variety of reasons. According to Mondaq.com, “…the laws of another jurisdiction might be better suited for the objectives of the company; might give it more flexibility or better tax treatment than the laws of its current domicile or it may be a combination of these factors.”

For a company to re-domicile, it must be permitted in both in its originating jurisdiction and in the destination jurisdiction. Re-domiciliation is commonly allowed in offshore financial centers, such as the British Virgin Islands and the Cayman Islands, and is also permitted by Delaware law.

Delaware Company Domesticating Into Another Country

A Certificate of Transfer and Domestic Continuance must state that the company will continue to exist as a corporation or limited liability company in Delaware. The idea of transfer and continuance, such that a company will exist both as a Delaware entity and as an entity domiciled in another country, is quite unusual. It is not allowed by many of the common jurisdictions that allow company re-domiciliation.

The basic requirements for re-domiciliation/continuation in the British Virgin Islands and the Cayman Islands are outlined below.

Part XII of the Companies Law (2013).
Many jurisdictions, especially the offshore financial centers, allow an entity to transfer from one jurisdiction to another. This is also fairly common in the United States, where companies can often file Certificates of Conversion to become domestic to another state. The process is less common in Europe and many countries such as the U.K. do not allow entities to re-domesticate.  Delaware’s law, allowing transfer and continuance, where the entity can then be domestic to two different jurisdictions is very unusual and it remains to be seen if this will become more commonplace in the future. When considering re-domestication, the most important first step is to ensure that it is allowed in both the current jurisdiction and the desired one. If not, the process will need to be handled in a different way.