Addressing the Challenges of UCC Filing and Searching in Washington D.C.: Part 1 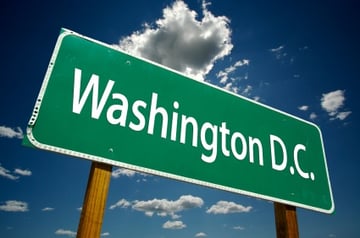 This is the first part of an updated version of an article that was first published in the Spring 2009 issue of the American Bar Association Business Section newsletter.

As lenders and their counsel know, UCC Revised Article 9, §9-307(c), which became effective in July 2001, requires filing in Washington, D.C. for debtors that are not “registered organizations,'" such as foreign entities, where the chief executive office is located in a jurisdiction that does not have a UCC-type filing/notice system that would give priority over the rights of a lien creditor with respect to the collateral.

The D.C. Recorder of Deeds’ office has historically been a challenging jurisdiction for UCC searching and filing due to its filing volume, restrictions on filings, and quirks of its indexing systems. While some improvements have been made in recent years, there are still certain issues and requirements secured lending practitioners should be aware of when filing or searching UCCs in Washington, D.C.

Did You Get the File Date You Expected?
The D.C. Recorder of Deeds’ office (“ROD”) is often unable to process all filings received on the date submitted. Additionally, ROD's procedures allow, in certain cases, for some UCCs to be processed and filed ahead of others previously submitted. ROD views UCC filings received in two categories: (1) five or fewer filings submitted at one time, and (2) more than five filings submitted at one time. More than five filings submitted simultaneously is considered a “bulk submission." ROD must receive bulk submissions by 11 AM and these are usually processed within 24 hours. Five or fewer filings can be submitted any time between 8:30 AM and 3 PM and usually get the same day’s date, even when submitted AFTER bulk submissions submitted after 11 AM. ROD also limits the number of filings submitted by the same party on a given day and requires each set of five UCCs to be returned before the next set can be submitted. In general, most filings are recorded by the next business day at the latest, although there are occasional exceptions where filings may get processed and dated two or more days after submission.

Ensuring UCC3s Are Properly Associated with Corresponding UCC1s:
ROD requires that the debtor name be listed in box 10 (Optional Filer Reference Info) of a UCC3 amendment. Providing the debtor name in box 6 only and not in box 10 (except for debtor name change amendments) will, in most cases, result in rejection of the filing.

In those instances where ROD accepts a UCC3 without a debtor name on the form, it often gets indexed as “Debtor Name Omitted” (or some variation thereof) and will not be found on a search. This situation was much more common in the first few years under Revised Article 9 until ROD started rejecting UCC3s without the debtor name on it. There are, however, still a number of UCC3s in ROD's system that are not indexed under the correct debtor name[1]. These filings will not be revealed when a search of the proper debtor name is conducted. UCC3s filed online without the debtor name(s) entered will also not be found on a search.

If/when ROD realizes that a filing is not indexed (which can be months after it is accepted), the filing will be returned with a “Re-Recording Certificate” to the party listed in the “Send Acknowledgment to” box on the form. The filer must then return the certificate with a corrected copy of the filing with the debtor name on it and pay an additional fee to get it indexed. ROD will then file the “Re-Recorded Certificate” with a copy of the corrected filing and the index will show the filing date as the date the Re-Recorded Certificate was filed. Note, however, that the copy of the corrected filing will still show the original file date stamped on it. In this situation, the filing accepted without the debtor name on the earlier date will still be floating around in ROD's system and if searched by file number, it will come up showing the first (earlier) date.

In Part 2 of this article, we’ll discuss UCC filing and search considerations for debtor names with foreign punctuation/special characters, along with tips to ensure proper indexing and complete searches.
___________________________

[1] On May 6, 2015, a search of ROD.’s Grantor/Grantee index for the debtor name “Debtor” revealed 108 filings indexed in the system as “Debtor Name Omitted”, “Debtor not listed” or some variation thereof.