Corporate Formation in Canada - NOT Just Like the U.S.! 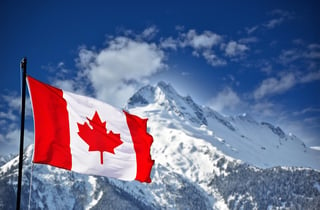 Americans often think of Canada as not quite a separate country. After all, Canadians speak the same language with almost the same accent, eh? Both countries often celebrate holidays on the same day, many U.S. celebrities originally come from Canada and Canada has a similar form of government and economy. Because of all the similarities (and perhaps sometimes to the annoyance of our friends up North), there is a tendency in the U.S. to think that Canada is just like us. When it comes to corporate formation and structures, however, there are a number of important differences between the two countries. The following discusses one of those differences: the Canadian federal corporation.

There are two key advantages to incorporating as a federal corporation in Canada.

Federal Corporations in Canada have certain requirements, some of which are different from requirements found in the U.S.:

This article is provided for inormational purposes only and should not be considered, or relied upon, as legal advice.