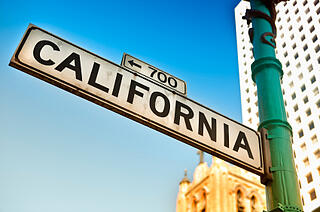 California’s Assembly Bill 657 became effective on January 1, 2012, amending sections of the Civil Code, Corporations Code, Financial Code, and the Government Code relating to corporations. There are a number of changes made to the requirements for Corporate Statements of Information, which are filed annually by registered entities in California.
The changes include:

The bill also made other changes which affect non-profit corporations formed to manage common interest development (CID). For the complete text of the bill as passed, click here.

The California Secretary of State has advised us that they are in the process of updating all filing forms/sample packets and related correspondence, mainframe applications (corporations and LP/LLC) as well as their Statement of Information E-File application to comply with the new requirements. Due to unforeseen circumstances, not all of the system modifications will be in place by January 1st, so the changes will be phased in over the next couple of months.

They have indicated that revised filing forms/sample packets and instructions will be posted to CA’s website early this week. The new 90-day initial statement of information requirement for foreign corporations will be in place early this week.
These changes apply to documents received by the California Secretary of State after January 1, 2012. California is currently only up to August in processing Statement of information forms submitted on a routine basis, meaning that only expedited filings and E-file documents will be affected right away. The Secretary of State has indicated that “For a short time, we will continue to accept mailed in statements submitted on the old forms after January 1st; however, since the new forms will be available early next [this] week, we strongly recommend using the new forms as soon as they are available for any new counter or mailed in submissions to ensure documents are not rejected for using outdated forms.”