The Importance of Entity Status in the Due Diligence Process 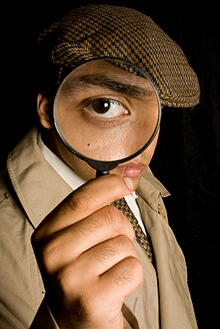 Due diligence is the research and analysis of a company or organization done in preparation for a business transaction, such as a corporate financing, merger or purchase of securities. It is conducted by attorneys, banks and other parties in advance of many types of transactions. The review of documentation and scope of the due diligence efforts can vary greatly, depending on the nature and scope of the transaction. Certain parties may impose more rigorous due diligence requirements than others.

Regardless of variations in due diligence requirements, the verification of the legal existence and good standing of all entities in a transaction is a common requirement found on the “due diligence checklist.” This verification of existence and good standing supports representations made by attorneys in the transaction agreements and legal opinions. This would appear to be a fairly simple process that can be done in a short amount of time; however, jurisdictions vary regarding what information is public record, how and when an entity can fall out of good standing and how long it takes to resolve any delinquencies found.

When corporate or limited liability entities are involved in a transaction, the opinion letter usually makes a statement as to the “existence” or “good standing” of the entity. It’s important to be aware that available public records may not always be able to truly support the statement that an entity is in “good standing,” as the certificate issued will indicate that the entity exists, but not whether it has fulfilled its necessary tax obligations. Failure to fulfill these obligations can cause an entity’s good standing to be revoked at any time.

Some states like Delaware, Arkansas and Tennessee provide tax information on the Secretary of State issued Certificate of Good Standing. Others, like Connecticut and Illinois, will not issue a good standing if the company is not current in the payment of taxes. In other cases, an additional public records search is required to verify whether the entity is both in existence in the state records and in good standing with the state’s tax or revenue department. For example, in New York or California, the certificate issued by the Secretary of State attests only to the existence of the company in the state’s records. Yet, the company may be delinquent in paying its franchise taxes, a condition that could cause its good standing to be revoked the next day. In most states in the U.S., information on the payment of taxes is not public record and requires that the company consent to its release. Luckily, in the majority of these states, companies are not removed from the state record for non-payment of taxes. There are, however, a handful of states, including North Carolina, South Carolina and Missouri, where the entity is administratively dissolved by the state if taxes are not paid, but tax information is not public record.

Because the laws vary so greatly from state to state, it has become common practice to base an opinion of good standing on the state-issued Certificate of Good Standing especially from states where an entity is qualified to do business. Depending on the nature of the deal and the states involved, it can be advantageous to search tax records for both domestic and qualified entities, where possible, to ensure that the company is not in danger of losing its good standing status before the opinion is delivered.

When the Entity is Not in Good Standing

When it is discovered that an entity has become delinquent in its obligations in a state, either with the Secretary of State or the Revenue Department, it is critical to resolve the issue as soon as possible to avoid costly delays in closing the transaction. In some states, this can be done very quickly. For example, in Delaware even if there is a large franchise tax payment and an annual report past due, good standing status can be restored and a certificate issued on a same day basis. Contrast that with New Jersey, where there is a 24-48 hour delay to record the annual report filing and tax payment before evidence that the corporation is in good standing can be obtained. In other states, the delay can be even longer. In many states, it is difficult, if not impossible, to restore an entity to good standing the day before a closing. This means the attorneys will be unable to deliver a clean legal opinion or, worse yet, the date of the closing will need to be postponed. For this reason, it is wise to verify the status of an entity as early as possible, so that time is allowed to rectify any delinquencies found.

For domestic U.S. transactions, verifying good standing status two weeks prior to your closing typically allows for enough time to identify and correct any issues. The next (often overlooked) step is to identify what annual or periodic reports and taxes may be due for each entity in each state it conducts business. This type of “entity compliance audit” will alert you to anything that needs to be filed or paid prior to closing to ensure that the entities involved will be in good standing on the date of your closing.

Certificates of Good Standing, while just one small item on a due diligence checklist, can play a key role in the delivery of a legal opinion needed to support a financial transaction. In addition, entities will make specific representations and warranties about their good standing status as of the date of the closing and on an ongoing basis for the term of the transaction in the operative documents. To ensure the entities involved in a transaction are in good standing on the day of closing, it is important to be aware of and be prepared to handle the unique challenges each state presents.