The examination of a potential target in a merger or acquisition or a borrower in a financial transaction requires looking many documents, both private and public, to obtain an accurate picture of a company’s value. Three documents that are part of the public record in the United States and that can be considered to be the foundation documents of a legal opinion regarding the formation, registration and existence of an entity along with the encumbrances attached to the company’s personal property are: 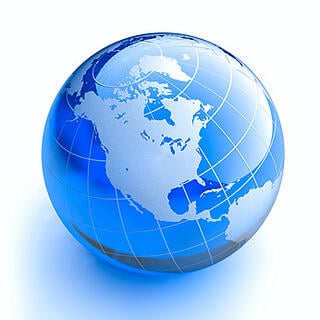 You cannot always get an exact equivalent of these documents for companies formed outside the United States. In some cases, there is no public record equivalent; in others, there are similar documents but the costs and time frame may create issues. In some countries, you can obtain much more information than would be available in the U.S.

The Good Standing Certificate in the U.S. is a key part of a basic “due formation, valid existence and good standing” opinion and a standard piece to any type of more specialized opinion.  People are sometimes surprised to learn that this key piece of documentation can be difficult to get outside the U.S., as it does not exist in a great many countries. There are certificates that have similar import and are usually obtained when a “Certificate of Good Standing” is requested, but it is a misnomer to say they are “Certificates of Good Standing.” In some countries, there is no equivalent at all. In other countries, you can obtain a certificate that relates the pertinent facts, but may not seem official to American eyes, or it does not indicate that the company is currently in existence.  Finally, the certificate may be issued or certified by a private professional rather than a government official.

Common law countries are a little more likely to offer Certificates of Good Standing, but not all do.  In some common-law countries and most civil law jurisdictions, you are more likely to find the “extract.” This does not really resemble the U.S. Certificate of Good Standing, but does perform a similar function in that it is issued by the corporate registrar and does show that the company has duly registered.  However, it generally looks more like a printout and often does not make any specific statements regarding the status of the entity. It does often provide the list of documents filed by the company, though, from which it is possible to determine if the company has made the required filings and not filed a dissolution or withdrawal.  Although they do not attest to the status of an entity, extracts are often more informative than what can be obtained from the public record in the U.S., often including complete director, officer and shareholder information as well as the purposes and activities of the corporation.

In some cases, extracts can be certified by a government official and those are often more easily accepted in the U.S.  In others, such as Australia, there is no certification, what is acceptable is simply a printout of the registrar’s database.  While this is perfectly acceptable in Australia, it can sometimes seem unofficial and unacceptable outside the country.  A way to “certify” the printout has been developed, similar to the certification process for plain copies when certified are not available—attorneys will notarize a statement that the printout is an official record for the entity and then have that statement apostilled.

In some countries, such as India and Germany, where there is no government issued good standing available, private professionals may provide an opinion letter as to the good standing of an entity.  In India, Private Company Secretaries issue a “Certificate of Good Standing” which is much more involved than the U.S. version. The Secretary (which is a professional position requiring certification and special training) reviews not only the registrar’s records, but also the records of the tax department, labor department and other required licenses, in order to attest to a company’s status, existence and compliance with the law. A Company Secretary’s training, along with the penalties attendant for misrepresentation, makes a certificate like this acceptable in India for due diligence purposes and it will most likely be accepted in the U.S. for the same purpose.

When obtaining Certificates of Good Standing from countries outside the U.S., you will need to take into account that a definitive indication of the company’s status may not be available.  Instead, you may need to determine from your knowledge of the filing requirements and documents listed whether or not the company has appropriately complied with the jurisdiction’s requirements and continues as an active entity there.  As with certified copies, you must also take into account whether further authentication by apostille will be required and whether the certificate will need to be translated.

Look for Part Three of this article where the international equivalents of UCC searches will be discussed.