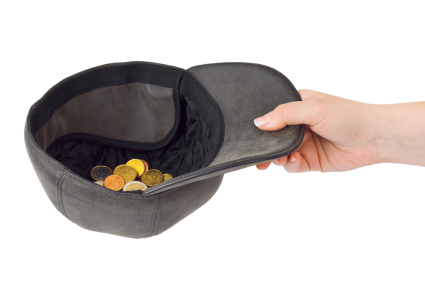 Nonprofit executives, usually Development Directors, are often surprised to learn that engaging paid professional fundraisers results in the need to register to solicit in the states in which they are fundraising. This “trigger” applies to organizations already subject to the charitable solicitation registration requirements in 39 states and D.C., and sometimes to those that are otherwise exempt from registration. The requirements, however, will vary by state, which necessitates a careful review of the definition and type of professional fundraisers (solicitor, fundraiser, fundraising consultant and fundraising counsel), along with the specific state charitable solicitation acts or other statutes as they relate to paid fundraisers.

This is not the case in other states, and some exemptions from charitable registration are no longer afforded by the states, when paid fundraisers are used.

Monetary Threshold Exemption
In most states, very small nonprofits are exempt from charitable registration if their fundraising efforts do not exceed a monetary threshold, such as $25,000.  If a paid fundraiser is engaged, however, the exemption is no longer permitted in some states (e.g. Alabama, Arkansas, Connecticut, Georgia, Hawaii, Maryland, Michigan, Minnesota, Mississippi, New York, North Carolina, Ohio, Pennsylvania, Rhode Island, and West Virginia).  The loss of this exemption can be costly in some jurisdictions, such as D.C., which also requires a nonprofit to qualify to conduct business (Certificate of Authority) and to name a registered agent, if a charitable business license is required.  Yet, this is likely a moot point, because D.C.’s monetary threshold is the lowest in the nation at $1,500. Therefore any organization engaging a paid fundraiser will likely already exceed that low threshold and already be subject to charitable registration in D.C.

Membership, Fraternal and Social Organizations
In many states, fraternal, civic, benevolent, patriotic and social organizations that solicit only from their membership and whose fundraising is carried on by volunteers are exempt from charitable solicitation registration.  In some states though, the exemption is disallowed if paid fundraisers are engaged (e.g. Georgia, Oklahoma, and Utah).

Hospital and Auxiliaries of Hospitals
In Missouri, hospitals and auxiliaries of hospitals are exempt from charitable registration, provided that all fundraising activities are carried on by hospital employees and not by any professional fundraiser employed as an independent contractor.  Once a fundraising contract is signed and filed by a professional fundraiser in Missouri, this may trigger the need for a hospital that was otherwise exempt, to register to solicit charitable donations in Missouri.

Actions Required After Filing Fundraising Contract
In most states, not only will the professional fundraiser need to file the contract and register with the state charities regulator (usually the Office of the Attorney General, the Secretary of State or a consumer protection office), in the states where fundraising campaigns are conducted on behalf of a charity, but so will the charitable organization.  For a nonprofit already registered, engaging a professional fundraiser will either trigger the need to amend its registration or to inform the state of this new fundraiser.  Informing the state is only part of the requirement though; providing the state with a copy of the fundraising contract or agreement, which meets very specific statutory requirements, is also necessary in many states.

For charitable organizations not registered to solicit nationwide, the filing of a fundraiser contract, by professional fundraisers, will trigger the need for the charity to also register to solicit charitable donations.  These organizations may have operated in the past and solicited donations nationwide without any repercussions, but this will likely no longer be the case once a reputable, registered fundraiser is engaged.  When entering into agreements with paid fundraisers, the subject of state charitable solicitation registration will come up, and for most nonprofits it will end the days of soliciting in states without first being properly registered.