Illinois Corporate Filing Requirements That Differ from Other States 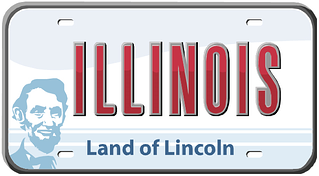 In general, Illinois requirements for various corporate filings are similar to those found in most other states. This is especially true since the requirement for county recording has been abolished. (Previously, many corporate documents needed to first be filed with the Secretary of State and then a filed copy had to be recorded at the office of the County Recorder for the county where the registered agent was located.) There are, however, a few unusual requirements in Illinois that are not commonly seen in most other states.

Registering a Foreign Company to Do Business in Illinois
When filing form 13.15, Application for Authority to Transact Business in Illinois, it is not always possible to know in advance what the cost to file will be. The fees, which include the filing fee, franchise tax and possibly penalties for late filing, are based on the paid-in capital for the corporation. Illinois’ “Guidelines for Application for Authority” defines paid-in capital as “the amount of money or other property paid to the corporation for, or on account of, the issued shares, less expenses incurred with the issuance of shares, plus any cash or other consideration contributed to the corporation.” If the paid-in capital is greater than $16,666, then an allocation factor can be applied to reduce the franchise tax based on the estimated value of the corporation’s property and business in the coming year and the estimated value of the property and business in Illinois.

Corporations also may be assessed a penalty for late filing of the application. The Illinois Business Corporation Act indicates that a corporation that transacts business before filing the Application for Authority will face a penalty of $200 plus $5 per month or 10% of fees and taxes, whichever is greater.  Because of the complexity of assessing these fees, the Illinois Secretary of State advises corporations wishing to apply for authority to submit the completed forms with accompanying documentation and then the state will compute and advise them of the filing fee.

The Report Following Merger or Consolidation and the Cumulative Report are not required in most other states. Both relate to ensuring that the corporation correctly reports its issued shares and paid-in capital following a change or merger, which is information the Illinois Secretary of State uses to determine franchise tax owed. The determination of this tax upon initial qualification of a foreign corporation, along with possible penalties for late filing, also makes the computation of the filing fees for registration quite complex.

As you can see, Illinois’ manner of assessing franchise tax creates a few uncommon requirements of which corporations formed or registered in the state should be aware.