The word “offshore” often brings to the 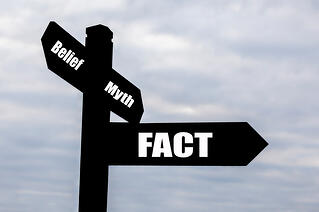 collective consciousness negative connotations of a tropical island or tax-haven, which promotes tax-evasion for the wealthy, money-laundering opportunities for the criminally affiliated and banking secrecy for greedy corporations. However, more often than not, the use of offshore jurisdictions or offshore financial centers (OFCs) is both legitimate and integral to daily international trade and finance, such as the financing of commercial aircraft or reinsurance of a nation’s medical facilities.

So what is the definition of an OFC? In 1987, the International Monetary Fund (IMF) defined an OFC as a country or jurisdiction that provides financial services to nonresidents on a scale that is incommensurate with the size and the financing of its domestic economy[1]. Ironically, the United States of America (New York City) and the United Kingdom (London), by the IMF’s definition, would be the world’s two largest OFCs by volume of financial services provided globally each year. However, the U.S. and the U.K. are generally not considered OFCs in respect of each country’s full membership in both the G20 Nations and the Organisation for Economic Co-Operation and Development (OECD). Today, the most prominent and reputable OFCs are located in four regions around the world; the Caribbean Sea, Channel Islands, Central Europe and Asia.

The Caribbean Sea:
Bermuda, the Bahamas, the British Virgin Islands and the Cayman Islands

U.K. and Channel Islands:
Guernsey, Jersey, Ireland and the Isle of Man

There once was a time when OFCs were seen as the perfect locale for money-laundering, terrorist finance or other illicit financial activities. However, after 2009, the words “prominence” and “reputation” are commonly used by the OFCs themselves to describe their ongoing commitment to compliance with the guidelines and recommendations set forth by the OECD, Financial Action Task Force (FATF) and IMF.

In future posts, we will explore the response of OFCs to the new compliance and regulatory climate set forth by the 2009 guidelines and recommendations of the OECD, FATF and IMF, as well as the new responsibilities placed on directors, shareholders, general partners and limited partners of entities formed in OFCs to maintain financial transparency and proper corporate governance.