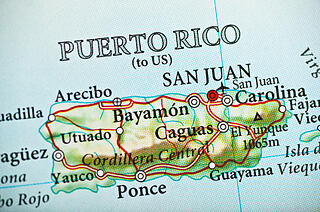 Puerto Rico’s Law No. 17-2014, which became effective on January 16, 2014, amended, among other items, Section 9-515(a) of Article 9 (“Chapter 9, Secured Transactions”) to reduce the life of an initial Uniform Commercial Code (UCC) financing statement from ten years to five years. Due to some drafting errors in Puerto Rico’s prior enactment of Revised Article 9, there had been confusion as to whether the effective period was five years or ten years.

Drafting Errors in Prior Enactment of Revised Article 9

Puerto Rico Department of State Issues Memo to Clarify Effect of Law No. 17-2014

On January 24, 2014, the Puerto Rico Department of State issued a memo to clarify the term of initial financing statements and the effect of continuation filings. The memo makes it clear that the correction to the law effective January 16, 2014 has no retroactive effect. Therefore, UCC1s filed in Puerto Rico on or after January 16, 2014 get a five-year life and those filed on or before January 15, 2014, have a ten-year life. However, continuations filed on or after January 17, 2013 (the date Revised Article 9 and the Article 9 amendments became effective in Puerto Rico) extend the life of the filing for FIVE YEARS from the lapse date. Secured lenders will need to adjust their tickler systems accordingly.

Note that the January 24, 2014 memo from the Puerto Rico Department of State was issued only in Spanish. To view the memo, click here. Note that COGENCY GLOBAL INC. has also provided a unofficial English translation at the end of the memo.