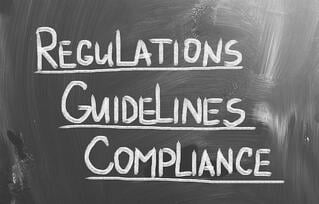 As discussed in our previous blog posts (“Debunking the Myths about Offshore Financial Centers” and “The Changing Regulatory Landscapes of Offshore Financial Centers,” offshore jurisdictions are being asked to comply with a number of new U.S. regulations designed to ensure that they can’t be used by U.S. citizens for tax evasion purposes. Among the financial and government administrators in these countries, it is not uncommon to encounter the perception that larger, more powerful countries such as the U.S. and the U.K. are requiring other jurisdictions to comply with regulations that they do not require of themselves. For example, a Delaware LLC can be formed in the U.S. with very minimal requirements regarding the identification of the beneficial owners compared to what is required when forming an entity in the British Virgin Islands (BVI) or the Cayman Islands.  (The registered agent in Delaware must maintain information on a communications contact person for the entity.) Administrators in the Cayman Islands have been heard to complain that these countries expect them to enforce U.S. and U.K. tax laws but do not reciprocate. (Initially, the Foreign Account Tax Compliance Act (FATCA) regulations did offer a reciprocal process, but the provisions requiring that the U.S. would also collect data for other countries have not been enacted.)

The main FATCA requirement that is perceived to be onerous for offshore financial centers is the requirement that financial institutions must provide the IRS with reports on their U.S. account holders, or “withhold and pay over to the IRS 30-percent of any payments of U.S. source income, as well as gross proceeds from the sale of securities that generate U.S. source income, made to (a) non-participating FFIs[1], (b) individual accountholders failing to provide sufficient information to determine whether or not they are a U.S. person, or (c) foreign entity accountholders failing to provide sufficient information about the identity of its substantial U.S. owners.”  (See Summary of Key FATCA Provisions on IRS website.)

Model 1:  The financial institutions report the information to the designated authority in the partner jurisdiction, who then shares it with the U.S. government.  As originally designed, Model 1 was to be reciprocal, but this has not occurred in practice.

Model 2:    The individual financial institutions enter into individual agreements with and report directly to the U.S. IRS.

If the procedures confirm that a financial account is a U.S. reportable account, the following information must be obtained:

The timeline for FATCA compliance started in January 2013 when the IRS began accepting Foreign Financial Institution (FFI) applications.  Other key dates in the compliance timeline are:

The Effect of FATCA Requirements on International Business

The requirements are seen as creating so much additional record-keeping, expense and work for the financial institutions that many banking institutions in countries that are not as dependent on U.S. capital, such as France, are simply deciding to no longer do business with U.S. citizens. The smaller island nations do not have that prerogative and most have signed treaties where they agree to provide the necessary information. Well established jurisdictions, such as the Caymans, Bermuda and the BVI can afford the changes to modify their data collection, record-keeping and reporting systems. Other countries that are only recently trying to develop themselves as financial centers may have more difficulty managing the expense of these new requirements.

Despite the difficulties in complying with FATCA and other new requirements imposed by the European Union and the U.K., offshore financial centers provide many advantages for today’s large global companies. They allow the cross-border vehicles needed for multinational trade and investment and for the shipping and aviation industries. For this reason, centers like the Cayman Islands, BVI and Hong Kong are likely to remain vibrant and important to international business.

[3] A W-9 is an IRS form, also known as "Request for Taxpayer Identification Number and Certification", which is used by an individual defined as a "U.S. person" or a resident alien to verify his or her taxpayer identification number.