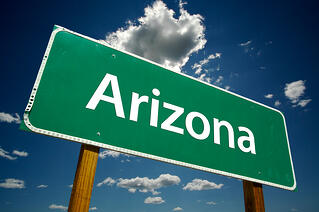 Arizona recently joined the majority of states/jurisdictions by enacting the 2010 Article 9 Amendments. Senate Bill 1046 was signed by the Governor of Arizona on April 22, 2014 and became effective immediately.

The Arizona Secretary of State’s office is now accepting the new forms and will continue to accept the old forms until May 23, 2014. Note that during this transition period, if the collateral involved is held in a trust or is being administered by a decedent’s personal representative, it may be advisable to submit your filing on the new form since the language in the associated checkboxes has changed substantially. (To obtain our chart outlining which forms are being accepted in each central filing office, visit the Article 9 Forms page of the COGENCY GLOBAL INC. website.)

States That Have Not Yet Enacted the 2010 Amendments

To stay tuned in to the Article 9 Amendments and other UCC issues, subscribe to our UCC e-mail updates and visit the UCC Article 9 Filing and Searching Info page of our website.