A Shift in the Global Debate about Collecting Beneficial Owner Information

The debate regarding the need to identify the beneficial owners of business entities and how it should be done appears to have taken a new twist.

IRS Already Collects Beneficial Owner Information
For a number of years various commentators have taken the position that since the Internal Revenue Service (IRS) already collects responsible party/beneficial owner[1] information on the Application for Employer Identification Number (SS-4), it should simply be allowed to share the information with law enforcement, instead of creating a new bureaucracy requiring the states to collect the information. The counter argument to this, however, is that not all entities are required to obtain an EIN number and that the information is not required to be updated.

The IRS removed one of the objections in January 2014 with the issuance of Regulation §301.6109-1(d)(2)(ii)(A) requiring that any person issued an EIN number provide the IRS with updated information. The IRS subsequently issued Form 8822-B Change of Address or Responsible Party-Business. The instructions on the form indicate that the form should be filed within 60 days of a change in the responsible party.

Obama Administration’s Position on Sharing Beneficial Owner Info
The Obama administration’s budget for the 2015 fiscal year includes a proposal allowing “the Secretary of the Treasury or his delegate to share beneficial ownership information with law enforcement without a court order to combat money laundering, terrorist financing, and other financial crimes.”[2] The proposal also requires all companies formed in the United States to obtain an EIN number. A subsequent White House blog article also states “the proposal released in the budget is the next step in advancing greater transparency and anticorruption efforts in the United States. We look forward to working with Congress to draft the legislation and get this important proposal signed into law.”

For many proponents of collecting beneficial owner information, the Obama proposal has a significant limitation: the information is not public. For that reason several organizations continue to back Senate Bill S1465 (the Levin bill) requiring the states to collect the information. While the Levin bill leaves the decision on whether or not the beneficial owner information should be public to the states, it is more aligned with the goals of governance groups that have been advocating for a public registry.

Efforts outside the U.S. to Make Beneficial Owner Info Public 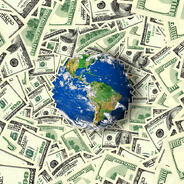 Adding to the pressure to make the information public, in October 2013 Prime Minister David Cameron announced that the United Kingdom would create a public central registry of companies’ beneficial owner information. While the measure still has to pass Parliament, as currently envisioned, the registry will include information, updated yearly, on beneficial owners with interests in more than 25% of a company’s shares or who otherwise control the company.

Also, the Prime Minister has requested that several of the Crown dependencies and overseas territories take steps to make beneficial owner information more easily available to law enforcement. Yet, in some territories, such as the Cayman Islands, there is continuing support for the current model of having beneficial owner information maintained by regulated service companies.

The European Union (EU) has also been considering a public registry. In March the European Parliament adopted proposed amendments to the EU’s money laundering directive. The amendments are subject to change and still have to be adopted by the member states but, as currently contemplated, the registry would have to list the name, nationality and birthday of the beneficial owner(s) of an entity. The beneficial owner is defined as anyone having 25% ownership or control of the entity. Interestingly, the directive also applies to trusts and foundations. The information would be available to the public upon completion of an online registration.

Moving beyond the Question of Whether Beneficial Owner Info Should Be Collected
While the debate about collecting beneficial owner information started with the question of whether it should be done at all, as you can see, there now seems to be a consensus starting to develop that the answer is “yes”. At this point in time, the debate has switched to who should collect the information and who should have access to it.

[1] See Responsible Parties and Nominees page of the IRS website, which defines “responsible party” as follows:

For entities with shares or interests traded on a public exchange, or which are registered with the Securities and Exchange Commission, “responsible party” is (a) the principal officer, if the business is a corporation, (b) a general partner, if a partnership, (c) the owner of an entity that is disregarded as separate from its owner (disregarded entities owned by a corporation enter the corporation’s name and EIN), or (d) a grantor, owner, or trustor if a trust.

For all other entities, “responsible party” is the person who has a level of control over, or entitlement to, the funds or assets in the entity that, as a practical matter, enables the individual, directly or indirectly, to control, manage or direct the entity and the disposition of its funds and assets. The ability to fund the entity or the entitlement to the property of the entity alone, however, without any corresponding authority to control, manage, or direct the entity (such as in the case of a minor child beneficiary), does not cause the individual to be a responsible party.