A recent ruling by the Delaware Supreme Court clarifies that secured lenders have the responsibility to verify the accuracy of the information contained on the UCC-3 terminations they file. This ruling related to a dispute in the GM bankruptcy case where the lenders tried to argue that a mistake was made in terminating the wrong filing and that they did not intend to terminate the security interest in question. The secured status of a $1.5 billion loan is at stake. 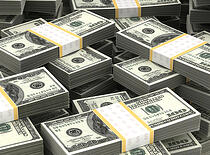 Under UCC Article 9, as adopted into Delaware law, by Del. Code Ann. tit. 6, art.9 for a UCC-3 termination statement to effectively extinguish the perfected nature of a UCC-1 financing statement, is it enough that the secured lender review and knowingly approve for filing a UCC-3 purporting to extinguish the perfected security interest, or must the secured lender intend to terminate the particular security interest that is listed on the UCC-3?

The unofficial committee of unsecured creditors (“Creditors Committee") was subsequently notified that the termination statement relating to the term loan had been inadvertently filed. After a bankruptcy court decision finding that the UCC-3 filing was not authorized and not effective to terminate the loan security interest, the case was appealed. The Second Circuit requested an answer from the Delaware Supreme Court regarding this part of the dispute.

The Delaware Supreme Court (the “court”) noted that for a termination statement to have the effect under Section 9-513 of the Delaware UCC, it is enough that the secured party authorizes the filing. It rejected JP Morgan’s argument that a filing is only effective if the authorizing party understands the filing’s substantive terms and intends their effect. This is contrary to section 9-509 which only requires that the secured party of record authorize the filing, according to the court. The court stated that “it is fair for sophisticated transacting parties to bear the burden of ensuring that a termination statement is accurate when filed.” It also noted that “if parties could be relieved from the legal consequences of their mistaken filings, they would have little incentive to ensure the accuracy of the information contained in their UCC filings." The court found that it was not clear how an inquiring party would find out whether a secured party understood and intended the consequences of its own filing.

For a termination statement to be effective under Section 9-509 and thus to have the effect specified in Section 9-513 of the Delaware UCC, it is enough that a secured party authorizes the filing to be made which is all that Section 9-510 requires. The Delaware UCC contains no requirement that a secured party that authorizes a filing subjectively intends or otherwise understands the effect of the plain terms of its own filing, the court concluded.

The Clerk was directed to transmit the opinion for the Second Circuit’s ultimate disposition.

To view the full text of the Delaware Supreme Court ruling, click here.


Note: The Creditors Committee might not prevail in the Second Circuit appeal despite the Delaware Supreme Court’s ruling. The other issue that the Second Circuit must decide is whether the law firm, Mayer Brown, was authorized as JP Morgan’s agent to file the UCC-3 termination statement.


This article is provided for informational purposes only and should not be considered, or relied upon, as legal advice.