Public Records Due Diligence in the U.K.

“Today, the trading and investment relationship between the U.S. and the U.K. is one of the largest and most important in the world, with almost one trillion dollars invested between them in each other’s economies. British businesses employ around a million people in the United States, and American companies employ around a million in the UK, making our two countries by far each other’s largest foreign job supporters.”[1] 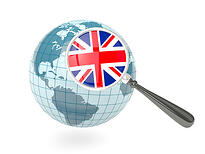 Public Records Commonly Obtained During Due Diligence for U.K. Companies

1. Certified Copies of the Formation Documents and Subsequent Amendments:
Plain copies are readily available on line and can be certified by Companies House, the corporate registrar in the U.K., which governs the registration of companies in England, Scotland, Wales and Northern Ireland. In the U.K., as in many common-law countries whose company law is based on U.K. law, the company is formed by filing the Articles of Memorandum and Association, which lay out information commonly found in the Certificate of Incorporation in the U.S., as well as the rules governing the entity, which, in the U.S., would normally be found in the corporate bylaws. In the U.K., the Certificate of Incorporation is a single page document issued upon registration of the entity. A U.K. entity is likely to have a great many more documents filed publicly than a U.S. entity. While many U.S. states only require an annual filing, U.K. entities must register a large number of changes within 14 days of their occurrence, such as any change to a director’s or officer’s information including change of address. Most U.K. companies also file both an annual report and annual financial statements each year.

3. UCC Search:
The U.K. does not have a system that corresponds exactly to the Uniform Commercial Code. Instead, charges[2] are registered against company debtors at the Companies House. Secured transactions involving personal property for individual debtors are not registered.

Since April 6, 2013, there is a single registration system across all of the U.K. Prior to that date, charges against Scottish companies, while registered at the Companies House, followed a different protocol, requiring different forms. It is also interesting to note that a 2011 change in the Companies Act means that charges for Overseas Companies (companies which are registered in the U.K., but not formed there) are no longer registered at the Companies House. Instead the company is only required to maintain a record of the charge in its internal books.

For U.K. domestic entities, if a charge is not registered in a timely way (within 21 days, except for charges that apply to a property or business acquired) the charge will no longer be secured should the company default. Copies of charges are available for purchase online at Companies House and both satisfied and unsatisfied charges appear. A charge does not lapse after a specified period of time like a UCC filing, but continues until satisfied. There is no legal requirement to notify Companies House of the satisfaction of a debt, although it is, of course, in the company’s best interest to do so. However, because this is not a required filing, it can get missed. This means that the records of the Companies House may reflect charges that appear to be outstanding, but are in fact satisfied. It’s just that the appropriate filing to note this was not made.

As you can see, for a company debtor, close equivalents of these three key public records can be obtained on a U.K. company. There are, however, important nuances to be aware of when reviewing these records, as the information available is similar, but not exactly the same as what can be found in the U.S.

[2] “A charge is defined as the security a company gives for a loan.” See http://www.companieshouse.gov.uk/about/gbhtml/gp3.shtml#ch9