The 2010 Amendments to Article 9 of the Uniform Commercial Code are finally near nationwide completion. New York State’s statute went into effect December 17th of 2014. Oklahoma is the only remaining state with legislation still pending. As the dust settles, focus turns to effective compliance with the new act in each state, including updating one’s tracking system for timely continuation of financing statements. 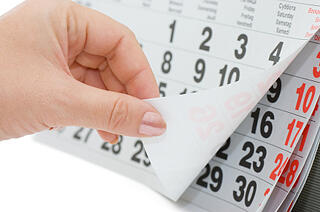 The model amended Article 9 provides a five-year effective life for most financing statements, with the following exceptions:

First, to better understand the types of debtors and transactions that fall under the exceptions to the five-year effective life, clear definitions and examples are essential.

Transmitting Utility Filings
Per the model act, a “transmitting utility” is primarily engaged in the business of:

Public Finance Transaction
A “public finance transaction” is defined as a secured transaction in connection with which all of the following characteristics are applied:

The “public” aspect of the “public finance transaction” applies to one of the parties to the transaction. Per the above definition, for example, the debtor or secured party could be the State of Delaware or any of its departments or agencies.

A manufactured home transaction is most likely to occur at the consumer level, when the home is initially purchased, or later used as collateral for a loan.

Exceptions --- and Exceptions to the Exceptions
It’s important to understand the above model act provisions for the effective life of UCC filings since thirty-four states have enacted all of them. It is equally important, however, to know about the states in which the exceptions do not apply.

The majority of states that have not conformed to the model act’s effective life provisions have chosen to limit the manufactured home and public finance transaction financing statements to the normal five-year effective life. Yet even among the outliers, there are outliers. Only West Virginia chose a 40-year effective life for manufactured home and public finance transactions. And Georgia has chosen to limit transmitting utility UCC filings to five years.

Help with the New Rules
Now that the Article 9 Amendments are in place in almost all states, effective management of one’s UCC portfolio containing public finance transactions, manufactured home transactions, debtors which are transmitting utilities and Wyoming filings requires not just knowledge of the standard effective life rules and exceptions, but also the exceptions to the exceptions.

To view a concise summary of model act effective life rules along with details about the exceptions, review our “Effective Life of Financing Statements Under Article 9” memo. It can be downloaded from the UCC Article 9 Filing and Searching Info page of the COGENCY GLOBAL INC. website, where you’ll find many other helpful UCC resources.