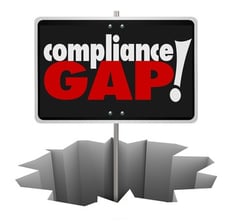 Most states require charities soliciting from their residents, corporations or government entities to register to solicit. Charities that have failed to register in the past are often concerned about the consequences of registering now or in the future, especially if they have been soliciting for many years. In a few states, this is a legitimate concern; however most states are simply happy and satisfied to see that you are coming into compliance as a charity soliciting in their state. Most states tend to be more concerned with your charitable organization actually registering and staying compliant going forward. Also, in the few states that can and do fine charities for late registrations, the fines are usually capped or there are ways to avoid late registration fees and penalties.

Illinois Late Fees: Not Applicable When No Solicitation Has Occurred

Getting Compliant Can Cost Far Less Than Getting Caught!

As you can see, there are some penalties and late fees that a charity will have to deal with for not registering to solicit in the past, especially in a handful of states, but, with proper guidance, most organizations can comply with state charitable solicitation statutes and register with relatively minor consequences to their organizations. Unfortunately, the resolution is not as easy with respect to organizations that have been found to have solicited in a state while not being properly registered. The same is true for organizations that have registered, but then fail to properly maintain their registrations going forward. A single administrative proceeding opened by any state against a charitable organization can result in fees, fines and legal expenses in the thousands of dollars, easily matching or exceeding the total fees and expenses of registering to solicit nationwide. Hopefully, most charities will rightfully conclude that it is better to “bite the bullet” and get compliant in all applicable states as soon as possible rather than take the chance that any state will learn that the organization has been soliciting without being properly registered.