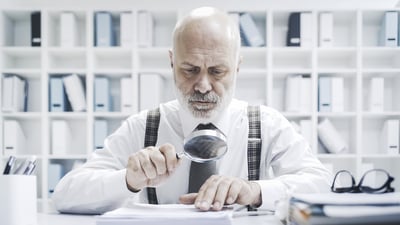 One of the less-discussed challenges for nonprofits are state-specific audit requirements as part of charitable solicitation registration and renewal.

Like most of the nonprofit compliance questions we field, there is no easy answer. But for nonprofit professionals, it’s worth having a general knowledge base of what may be required based on where your organization operates and raises funds.

There are 16 states that require an audit for initial charitable registrations, triggered by thresholds of revenue or contributions ranging from $300,000 to $1M. In Illinois, for example, an audit is required if an organization receives $300,000 or more in charitable contributions while in Georgia, the exemption threshold is $1M in revenue (excluding interest, dividends or income from the investment of charitable funds).

These rules seem straightforward so far, but there are some more ‘gray’ areas to consider. Connecticut, Michigan, New Mexico and Pennsylvania do require audits for initial charitable solicitation registration but may grant an audit-waiver by written request. Organizations in Virginia with income under $25,000 may file a certified treasurer’s report containing a balance sheet and income and expense statement instead of an audit or IRS Form 990 (more on that to come).

In Massachusetts, an audit is not required if a nonprofit uses a Unified Registration Statement for the initial charitable registration. The catch? That form is only available for charities that are not incorporated in Massachusetts. Domestic nonprofits must use the state-specific Form PC and include audited financial statements if their revenue exceeds $500,000.

There are 21 states that require an audit for charitable registration renewals and annual report submissions. As with initial charitable solicitation registrations, renewal/reporting audit requirements vary based on an organization’s revenue or contributions.

And of course, there are more caveats.

While most charities filing a renewal in Massachusetts with revenue exceeding $500,000 must include an audit with their Form PC, private foundations that file IRS Form 990-PF are exempt from the renewal audit requirement. Rhode Island nonprofits with revenue below $500K must provide compiled financial statements or an IRS Form 990 in support of a renewal, rather than an audit.

For nonprofits with revenue beyond $2M renewing registration in California, Form RRF-1 doesn’t need to be accompanied by an audit. However, the audit must be made available upon demand. Unless already prepared, an audit is not required for charitable registration renewals in Alaska or annual reports in Oregon.

There is a silver lining for some of these audit requirements. Three states will accept an audit OR a completed IRS Form 990. In North Carolina and Virginia, for example, the audit requirement for initial and renewal registrations can be fulfilled by submitting an IRS Form 990, 990-EZ, 990-PF, or audited financial statements by an independent CPA. (North Carolina nonprofits also have the option of filing an Annual Financial Report Form.) Nonprofits in either state that have not yet completed a full fiscal year can provide their board-approved budget in lieu of these documents.

Similarly, Alabama’s audit requirement for registration renewal can be satisfied by submitting either an IRS Form 990 (including 990-EZ or 990-PF), an audited financial statement prepared by an independent CPA, or a self-created financial report containing the nonprofit’s gross income, expenses, and net income, fiscal year balance sheet and overview of the organization’s mission-specific activities for the fiscal year. 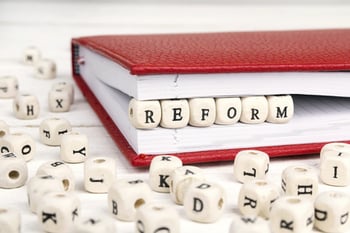 Managing The Multitude of State Requirements

There’s not a lot of uniformity among the states when it comes to audit requirements for charitable registrations, renewals and annual reports – and the rules are often subject to change. Charities accepting donations nationwide must carefully keep track of specific state requirements if they want to register and solicit charitable donations legally.