Delaware Corporate Filing Tips Even Experienced Filers May Not Know 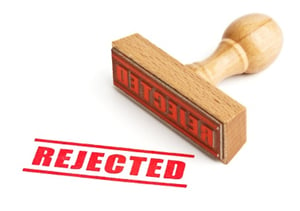 With more than one million entities currently incorporated/formed in Delaware1, most attorneys, paralegals and others who regularly file documents for corporations, limited liability companies (LLCs) and limited partnerships (LPs) are pretty confident they know the basics.

That said, there are a few interesting requirements when it comes to filing formations, amendments, dissolutions, etc. that can trip you up and cause rejection.

Here are few interesting quirks to look out for when filing corporate documents in Delaware.

By and large, Delaware’s rules regarding entity names are fairly easy to navigate. The name of a company on record must be distinguishable from any other entity filed with the Secretary of State. Distinguishable is a loose guideline, as Delaware does allow names where the only difference is that a plural version of a word is used instead of the singular.

But what if the name is identical to an existing name? Even in that case the name can be used with consent from the existing entity, as long as the entities are not of the same type. Thus, “Summer Living LP” can provide written consent to an entity wishing to use the name “Summer Living LLC”. This situation often arises when a limited partnership is acting as a member of a limited liability company that bears the same name. The use of the same name can help to make the relationship between the two entities clear.

That said, two entities of the same type are prohibited from using the same name — even with consent.

Delaware will allow the name of the foreign corporation to be in another language, as long as the English alphabet is used. In that case, the entity must provide an English translation of the entity name, which Delaware will use to verify that the name does not violate any state standards or conflict with an existing name.

When forming a series LLC, the Certificate of Formation must include language that identifies the LLC as a series LLC and provide notice of the limitation on liabilities for the series, as outlined in the Delaware Limited Liability Company Act §18-215. Despite these disclosures, the name of the LLC does not need to reflect that the entity is a series LLC in any way.

Delaware will accept original, scanned, electronic or conformed signatures. Flexible? Yes, but there are still a few particulars to be aware of.

Conformed signatures are typed on a submitted document and used to indicate that an original signed version of the document presented is housed with the company’s corporate records. In Delaware, the conformed signature must be typed with both a leading and following slash mark as follows:

Other states, such as New York, do not require the preliminary slash, but in Delaware that is the only way to indicate a conformed signature.

For example, ABC LP is filing an amendment and the general partner is an LLC. 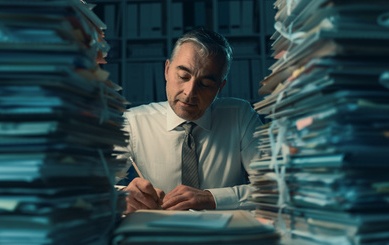 Delaware is known as an easy jurisdiction to work with when filing corporate documents. However, like any other jurisdiction, it does have certain rules and requirements in place that can frequently trip people up when filing. Recognizing and knowing how to navigate these ‘quirks’ can help you avoid rejection when these situations arise.