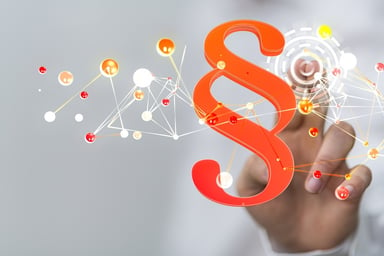 Let’s take a look at some of the significant changes that come with this amendment, and when they go into effect.

Use of Electronic Networks or Databases

Effective August 1st, 2018, §17-104(g) concerning registered agents, as well as §17-302(e) and §17-405(d) regarding voting and classes, are amended to recognize the use and/or participation in electronic networks or databases (including those that are distributed) within the term of “electronic transmission” for communications, provided records can be directly reproduced in paper form by a recipient through an automated process.

Section 17-305(c) now allows a limited partnership (LP) to maintain its records by means other than a written form, including any information storage device, method, or electronic networks and/or databases (including those that are distributed), if those records can be converted into written form within a reasonable timeframe.

Name Distinguishability Criteria for Both LPs and Partnerships

Effective August 1st, 2019, §17-102(3) will include the name of a registered series of a limited liability company as a name from which the name of a limited partnership is to be distinguished in the records of the office of the Secretary of State.

Also note that Senate Bill Number 181, signed into law on July 23rd, 2018, amends the Delaware Revised Uniform Partnership Act (Delaware Code Title 6, Chapter 15, §§15-101 to 15-1210) with a similar provision. Section 15-108(c) is amended to include the name of a registered series limited liability company as a name from which the name of a partnership is to be distinguished in the records of the office of the Secretary of State.