Highlights of the amendatory legislation include the following: 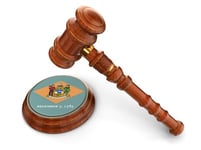 Voting: Methods of Approval
Sections in the Limited Liability Company Act and Revised Uniform Limited Partnership Act are amended to remove the requirement for written consent in certain actions, thus permitting utilization of other methods of approval.

For more details, review the full text of these bills: