Do I Need a Process Agent Even If My Contract Includes an Arbitration Clause?

Imagine the following scenario: ABC Project Developer S.A., a South American company, signs a loan agreement with Great People’s Bank, an American financial institution, for a principal amount of $10 million (U.S.) for a five-year term. New York was the governing law of the contract designated by the parties.  Two years later, the company finds itself in financial difficulty and is unable to make the agreed to principal and interest payments and ends up defaulting.

In the normal course of events, the bank would sue the company in a New York court to recover the money owed. In our scenario, however, the contract included an arbitration clause, stipulating that the arbitration award will be final and binding, and cannot be appealed to a court.

If the bank wants to commence arbitration proceedings, how can it make sure the company is properly notified, and that arbitration will result in an enforceable order?

So far, 156 countries have ratified the Convention on the Recognition and Enforcement of Foreign Arbitral Awards[i] (also known as the “New York Convention”), one of the most important treaties governing arbitration between citizens of the United States and foreign citizens, along with the Panama Convention of 1975[ii], which has been ratified by 19 countries. This means that, in principle, an arbitration award can be enforced in any of those jurisdictions. While neither the New York Convention nor the Panama Convention describes what constitutes effective service on a foreign company, they both offer some guidelines which have been further developed by U.S. courts.

What is “Adequate Notice”?

For example, in a case arising under the Panama Convention[iii], the Seventh Circuit explained that “adequate notice” should be understood as “notice reasonably calculated, under all the circumstances, to apprise interested parties of the pendency of the action and afford them an opportunity to present their objections.” In that case, one of the defendants claimed not to have been notified of the arbitration proceedings. The contract signed in that case, however, contained an “agent for service of process” clause. This led the court to conclude that there was an agency relationship from which actual notice could be inferred, and therefore the due process test had been met. 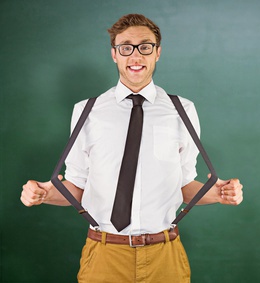 In our scenario from the beginning of this post, including an agent for service of process or “process agent” clause in the agreement (and notifying the appointed agent for service of process) would eliminate any questions as to whether ABC Project Developer was properly notified of the arbitration proceedings. In fact, even though the rigorous rules regarding court service do not apply to arbitration, including a service provision (specifically identifying on whom documents should be served) makes service of proceedings and other types of notices more straightforward, thus helping avoid ambiguity.

Of course, there are many other factors to consider when drafting arbitration clauses, but appointing a professional and responsive process agent could make all the difference if an issue ever needs to be arbitrated. Just like a good pair of suspenders, appointing a process agent is not always a must, but it can give you some added security and peace of mind in holding up a deal.