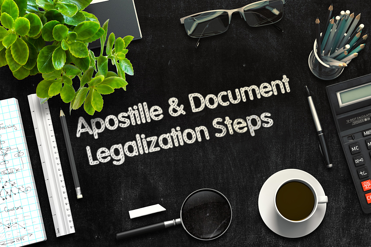 When presenting a document originating in one country for use in another, often the receiving party requires proof of authenticity for the signature and seals of the public official who executed, issued, or certified a copy of the document. The October 5th, 1961 Hague Convention Abolishing the Requirement of Legalization for Foreign Public Documents, or Apostille Convention, has simplified the process a great deal through a document called an apostille, which eliminates the need for an embassy or consular legalization. Over 100+  countries are now parties to the convention.

For documents originating in the U.S. destined for a country that is not a member of this Hague Convention, there are many more steps involved in the document legalization process (as outlined below). The process varies depending on whether you are legalizing public documents, such as certified copies of court documents, or private documents, such as corporate bylaws for a U.S. company or a private contract.

Let’s take a look at how to authenticate documents or have them legalized in different scenarios. 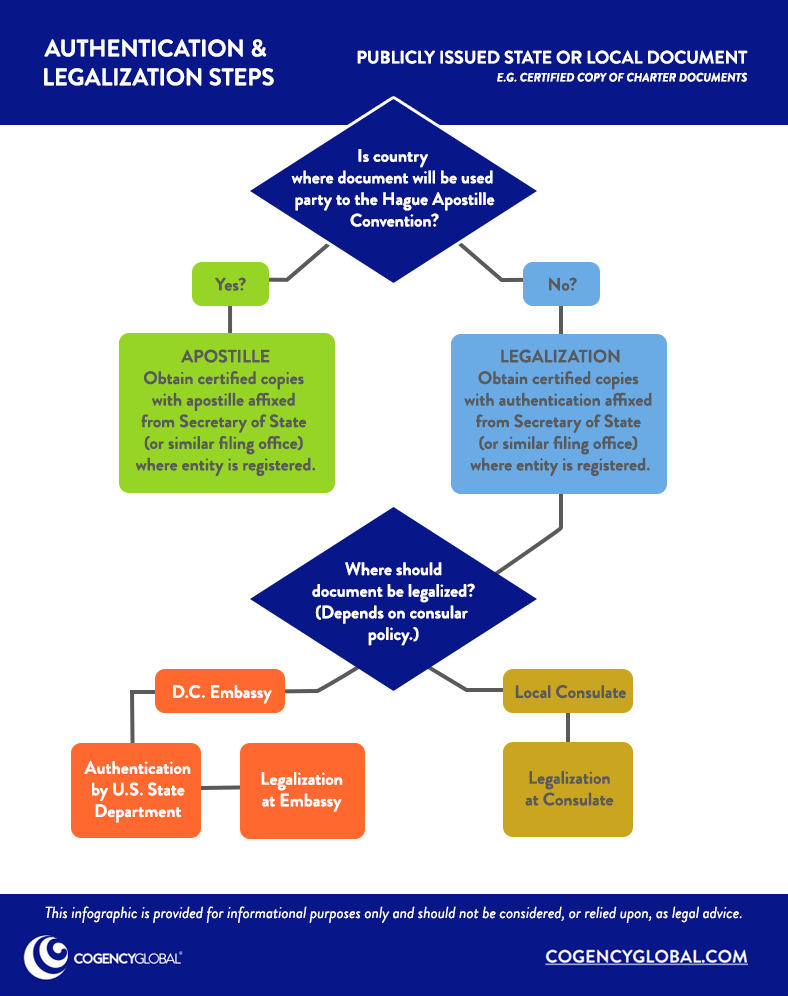 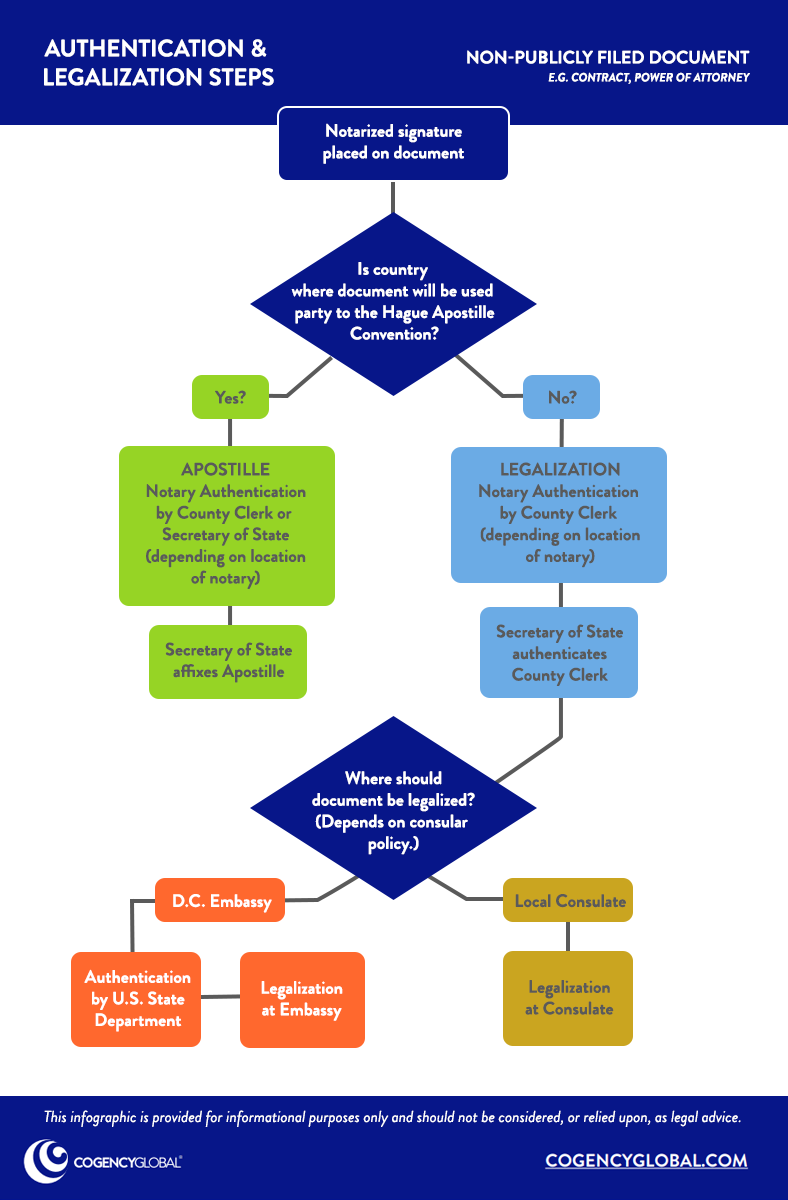 Documents issued by a federal agency, such as the Patent and Trademark Office or the Comptroller of the Currency, follow a slightly different process. 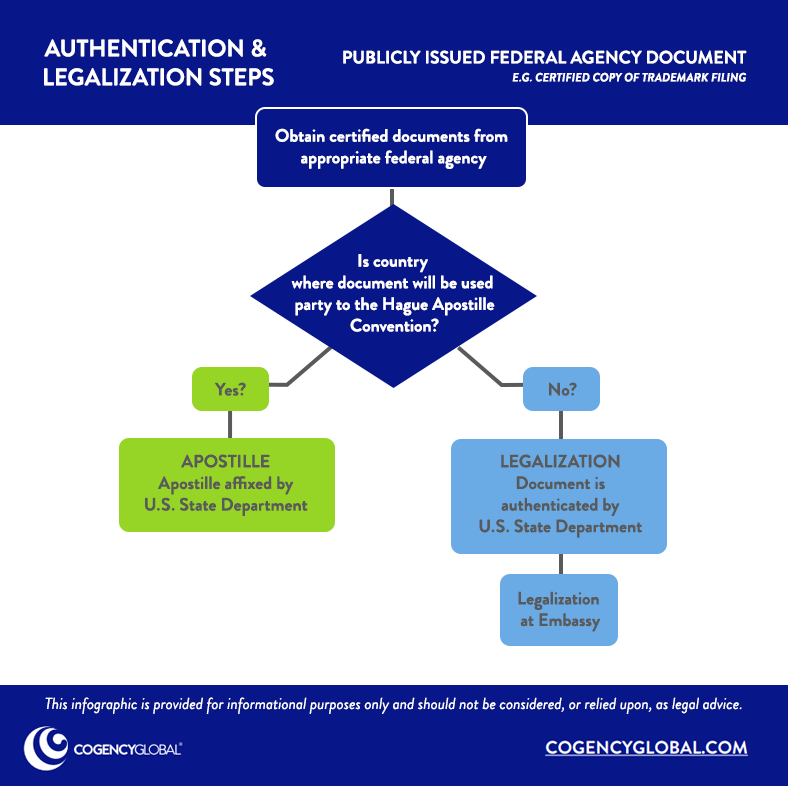 A service company with experience working directly with these embassies and consulates can help you avoid problems and speed up the process.