Don’t Learn the Importance of Corporate Formalities the Hard Way! 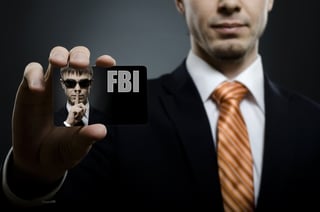 A long, long time ago when I was working for a different service company, I discovered first-hand how important ensuring compliance with corporate formalities can be. “Corporate formalities” are steps and precautions that the business must take to ensure that the corporation remains legally distinct from its owners.  Most of these steps include keeping separate records for corporate activity, holding regular meetings for corporate directors, and maintaining a financial independent account for the corporation.[1]

The Tale of the First Director and the FBI

At that company, in the days before the convenience of emailed attachments, we often prepared the incorporation documents in accordance with attorney instructions and signed as the incorporator. At the same time we prepared the Certificate of Incorporation, we also prepared another statement: “Resignation of Incorporator and Appointment of Initial Director”, in which we named the person who would act as the corporation’s initial director from that point forward. We carefully ensured that every staff member understood that legally, until we resigned and appointed that first director, we were in control of and responsible for the actions of that corporation. Following incorporation, copies of the filing evidence and the resignation statement were carefully filed away.

At one point, a person quite high up in the company and I got into a discussion. He felt that we did not need to keep the copies of these resignation statements indefinitely, but I strongly felt we did. I have to confess that I was somewhat gratified that within a few days of that discussion, those copies came in very handy! Late one afternoon, I received a phone call from an employee of the FBI. He was investigating one of the companies that we had acted as the incorporator for several years earlier. He’d gotten our name from the public record. There had been no subsequent documents filed, so there was no proof on the public record of any directors or officers of the entity. What proof could we provide that the actions of this entity were not our responsibility? After getting the appropriate permissions, I was able to send the agent our copies of the filing evidence and the appointment of the first director, supplying that proof.

Ensuring the first Director is appropriately appointed by the incorporator is just one of the formalities corporations need to undertake. Formalities that companies, especially those just starting out, frequently miss include:

Consequences for Failing to Ensure Compliance

Corporations that don’t ensure compliance with these formalities can face a number of serious consequences including:

Delaware and a few other states have recently adopted laws that allow corporations to remedy problems caused by “defective acts”, that is, acts where the corporation did not comply with the proper corporate formalities. The majority of states do not have these statutes, however.

The simplest approach for the directors, officers and shareholders of corporations is to ensure they are aware of and comply with the corporate formalities in the state where their corporation is formed. It’s important to note that limited liability companies do not have the same legally required formalities corporations do, but may have some obligations required by law or by the operating agreement.

When starting out, whether a corporation or an LLC, it is important to get good legal and tax advice right from the start on the implications of the choice of entity type and how to maintain the entity in compliance with the laws governing it. By doing so, you can avoid learning the importance of corporate formalities the hard way!