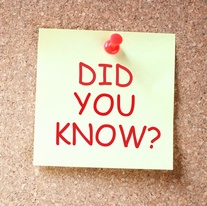 When charities fundraise across state lines, for example via email, phone solicitations or direct-mail campaigns, they are required in most states to register to solicit with the state charities regulators, usually the Secretary of State or Attorney General’s Office or a licensing/consumer protection office under one of these state offices. The charitable registration requirement is separate from qualifying to conduct business (usually not needed in most states) and is required in 36 states and the District of Columbia. However, all states that require nonprofits to register to solicit charitable contributions also offer exemptions from charitable solicitation registration. There are several types of exemptions available in most states, including industry-based exemptions (e.g. religious organizations, educational institutions and hospitals), monetary-threshold exemptions (e.g. $25,000 in New York) and exemptions based on the types of donors solicited (e.g. government entities or nonprofit foundations). What's more, there are exceptions to many of the exemptions that state charitable solicitation statutes allow to nonprofits fundraising nationally. These exceptions can negate the applicability of an exemption that would otherwise be available to a nonprofit.

Some of the most widely available exemptions, which exist in every state, are available to religious organizations, but only to religious organizations that are not required to file Form 990 with the Internal Revenue Service. This exception to the religious organization exemption negates the exemption in 12 states. Educational institutions, such as colleges and universities, as well as hospitals are two other types of nonprofits that enjoy the benefits of being exempt from charitable registration filings in many states. An exception to this exemption is that solicitations in most states must be limited to students, alumni, parents and trustees of the educational institution.

Another lesser-known exemption relates to membership organizations. Generally, a membership organization is a nonprofit that has members. “Membership” isn’t a defined term in most states, but the states that do define it commonly refer to it as the relationship of a person to an organization which entitles her or him to the privileges, professional standing, honors or other direct benefit of the organization in addition to the right to vote, elect officers and hold office in the organization. A number of states exempt from the charitable registration requirement a charitable organization that solicits only within its membership, by its members. (Note that the term “membership” usually does not include those persons who are granted a membership upon making a contribution as a result of a solicitation.)

Professional Fundraiser Exception
Nonprofits that use the services of professional solicitors, fundraisers, fundraising counsel or consultants will not qualify for the membership organization exemption in some states (e.g. Georgia, Maine, Oklahoma and South Carolina). If a nonprofit conducts charitable solicitations via efforts of its employees or volunteers, then the exemption will be allowed in these states.

Exception When Solicitation is Limited to “Members”
Another exception in most states that offer a membership-organization exemption is that charitable solicitations must be limited to the nonprofit organization’s members. In some cases, the limitation is voting members and, in a few states, solicitation can also include families of members. In Maine, for example, the exemption is applicable if solicitation is limited mostly or primarily to members. However, an organization must be aware of what constitutes a “membership organization” and who qualifies as a “member” of this type of nonprofit, because the definition for these terms varies slightly in every state’s statute. Some states even define “member” differently according to the type of organization. An educational institution’s members usually include students, parents of students, alumni, trustees and, sometimes, friends of the institution. This is different than a membership organization, where members or voting members in a business or trade association make up the membership class. Also, in most states, an individual who is granted membership upon making a charitable contribution as the result of a charitable solicitation is not considered a member.

Membership Organizations Must Meet State Requirements to Qualify for Exemptions
Fortunately, for membership organizations that are soliciting nationwide there are exemptions in about half of the states (about 20 states) that require charitable registration, eight of which require a request and state approval of the exemption. However, these organizations need to meet the requirements of the specific state statutes by limiting solicitation to their members. (Keep in mind that “member” is defined differently in each state.) Also, fundraising activities that include the use of professional solicitors, fundraisers and fundraising counsel/consultants can negate an exemption in some states. If these two conditions (only solicit members without the use of paid fundraisers) are not met, then membership organizations, like many other charities, may be required to register to solicit charitable donations nationwide (36 states and the District of Columbia).