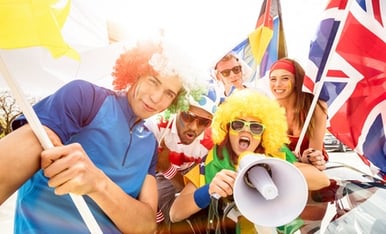 As soccer fans all around the world get excited about the World Cup this month (whether or not their country is actually participating) and businesses slow down or close altogether during the games, you can see the stamp of the American sponsors on this quadrennial tournament everywhere: in television and print advertisements, in promotions by Coca Cola, Budweiser, and McDonalds—even on the field itself during the games. These sponsors are hard to avoid, unless you happen to be the captain of the Mexican team, Rafa Márquez Álvarez.

OFAC Sanctions Through the Kingpin Act

On August 9th, 2017, Márquez was among 21 Mexican nationals added to the U.S. Department of the Treasury’s Office of Foreign Assets Control (OFAC) Specially Designated Nationals and Blocked Persons list for his alleged role in supporting a drug trafficking organization. Assets of these sanctioned individuals, held in the United States or controlled by Americans, have been frozen and they could face civil penalties of over $1 million or criminal penalties for violations of the Foreign Narcotics Kingpin Designation Act, also known as the Kingpin Act.

As a result of the sanctions on Márquez, American businesses and banks are prohibited from associating with him, creating some challenges for what is usually a very cozy relationship between World Cup advertisers, sponsors, partners, and the teams themselves.

While the rest of the Mexican team members wear sponsored shoes and clothing, drink branded beverages, and remain in the running to be named ‘Budweiser Player of the Game, Márquez is prohibited from giving any appearance of dealing with an American company. He has even agreed not to be paid for appearing in his (shared) record fifth World Cup, despite the team’s payment purposely being routed through non-U.S. banks

The situation has married the most popular sport in the world (no stranger to allegations of corruption itself) with the very serious business of OFAC sanctions—and the hefty penalties for non-compliance.

Even in ‘The Beautiful Game’, you can’t escape the ugly consequences of financial sanctions.