FOIA at 50: Fifty Fun Facts about the Freedom of Information Act (PART 2) 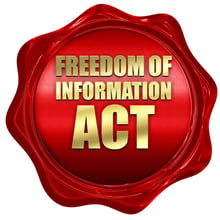 In Part I of our series commemorating the 50th anniversary of the Freedom of Information Act (FOIA), we covered the origins of the Act and its major amendments, processes, procedures, exemptions and exclusions. In Part II, we take a look at the various types of FOIA requesters, turnaround times, and more.

Who Receives the Most FOIA Requests?

You Can FOIA Yourself!

FOIA Laws in U.S. States and Around the World

As you can see, a FOIA request can quickly become complicated. Diligent and time-consuming follow-up is often required to ensure you get results quickly. Before you file, you may want to consider using an experienced service company to file on your behalf to ensure you receive the documents you need.