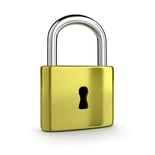 As indicated in a previous blog post, Benefit Corporations: Update from IACA, representatives of COGENCY GLOBAL INC. attended this year’s annual conference of the International Association of Commercial Administrators (IACA). In this post, we will share information related to secured transactions that was discussed at the conference.

Changes to UCC Model Administrative Rules
A committee of the Secured Transaction Section of IACA has been working for the past year on suggested revisions to the Model Administrative Rules (MARS). MARS was developed to standardize procedures and search logic for all state filing offices. While adoption of the model rules is not required, most states base their rules on MARS, albeit with some modifications.

Originally, the committee was formed to analyze what changes to MARS were needed for the 2010 amendments to the UCC, but once the committee began its work, it was agreed that numerous additional issues needed to be addressed as well. The committee, which included Despina Shields of COGENCY GLOBAL INC., presented its recommendations at the conference, and virtually all of the recommendations were formally approved into an updated version of the MARS.

Some of the revisions to MARS are below:

At the conference, it was mentioned that the United Kingdom is also considering moving to a PPSA-type of system.

As you can see, filing officers from the U.S. and around the world have been working hard to improve their secured transactions filing systems!