It’s Getting Harder for Beneficial Owners to Maintain Their Anonymity

This is the third and final post in a series of articles relating to the United Kingdom’s SMALL BUSINESS, ENTERPRISE 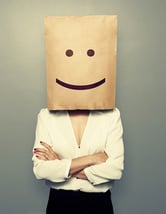 AND EMPLOYMENT ACT of 2015 (Act) and the Register of Persons with Significant Control (PSC). The goal of the Act is to reduce red tape while increasing the transparency of U.K. companies.

Beginning April 6, 2016, the Act required many U. K. business entities to keep a current register listing the name(s) and other identifying information of individuals and relevant entities with significant control over the entity. For a more detailed explanation of the PSC register, see our previous posts, “United Kingdom Increasing Public Access to Entity Owner Information in 2016” and “What You Should Know about PSC Register Requirements under U.K.’s Entity Transparency Laws”.

After June 30, 2016, entities will be required to file PSC information with U.K.’s Companies House. The information, with a few exceptions, will be available to the public in an online registry.

When PSC Information Must Be Filed for New Vs. Existing Entities

Newly forming entities will file their PSC information during the incorporation process.

Existing entities will file their PSC information with their initial Confirmation Statement (CS), which replaces the Annual Return (AR). The completion of the AR frequently required companies to resubmit previously filed information about the company to Companies House. When filing the CS, however, the company will review its information currently on file with Companies House and if it is up to date, indicate there is no change. If the information has changed, the updated information is submitted with the CS.

Most entities will file their initial CS on the anniversary date of incorporation, which was the due date for the former AR. However, a CS may be filed at any time subject to the requirement that no more than a year can lapse between filings. For example, if an entity that was incorporated in the month of November issued shares in July 2016, it could file a CS including its PSC information along with its Statement of Capital. Its next CS would then be due July 2017 and the anniversary date of its incorporation would become irrelevant.

Company Register Available for the Public to Search Starting June 30, 2016

A Company Register, including information from the PSC Register, will be available for the public to search on the Companies House website (a beta copy is currently available for viewing) beginning June 30, 2016. For some companies, however, complete information will not be available until their initial CS forms are filed, which may be as late as early July 2017.

The goal of the PSC Register and other requirements related to transparency in the Small Business, Enterprise and Employment Act 2015 is to make it easier to identify and address terrorist financing, tax evasion and money laundering by making the names of persons with significant control of business entities available on the public record. By requiring PSC information to be publicly available, the U.K. is taking a big step forward towards that goal.