Secured transactions throughout Canada, except in Quebec, are governed by various versions of the Personal Property 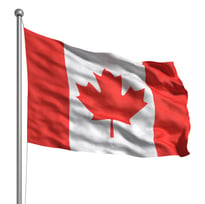 Security Act (PPSA), which is similar in many ways to the U.S. Uniform Commercial Code (UCC). Just as each state has its own UCC laws that may have some unique requirements and variations, each Canadian province (except Quebec) has its own version of the PPSA.

Ontario recently made some significant changes which mean Personal Property Security Registrations (the equivalent of U.S. UCC filing) may now get registered in a different location, depending on the collateral being secured. The changes actually stem from provisions of the Modernization Act of 2006 but had not been previously proclaimed in force because Ontario was hoping the other provinces would amend their statutes similarly. Unfortunately, this has not happened, which means there will need to be double filings made in some cases, where the rules of two different provinces conflict. We will discuss this situation further below.

Old and New Rules Should Be Considered Until End of Transition Period
When conducting searches in Canada, both the old rules and the new rules should be considered until 12/31/2020, which marks the end of the transition period. For entities registered under provincial laws (such as Ontario corporations or limited partnerships) or under U.S. State laws, the following rules apply:

Under the new act, the proper location of registration is also dependent on the entity type:

As mentioned above, these new registration requirements only affect Ontario. All other provinces, except Quebec, still require PPSAs to be filed in the location of the head office of the company for intangible property and the location of the property for tangible goods. As indicated above, in situations where the laws of two provinces conflict (for example a company formed in Ontario that has its head office in British Columbia), the recommendation is to file in both jurisdictions.

These changes mean that Ontario’s secured transaction registration laws bear even more similarity to the U.S. UCC statutes. However, it is important to be aware of the key differences in the Canadian statutes. For example, when the collateral is tangible property, registrations are made at the personal property register in the province where the property is located. In the U.S., these filings would be made in the state of formation. When you are involved in conducting due diligence or registering a security interest for a Canadian company or individual, a service provider with a good understanding of how and where registrations are made can provide useful information to help you determine where to search and register.