The IRS made a change for the better with the release of Form 8868 (Application for Automatic Extension of Time to File an Exempt Organization Return). The new form will save nonprofits some time by eliminating the need to file two three-month extensions, and is now used to request one automatic six-month extension. 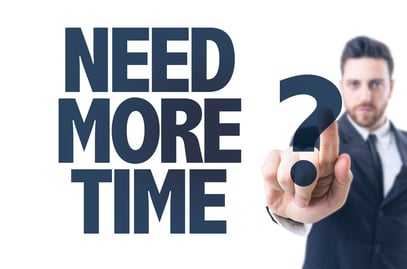 Nonprofits that are not able to file their IRS Form 990 (Return of Organization Exempt From Income Tax) on time (4.5 months after the close of their fiscal year end or May 15th for calendar-year filers), now have an additional six months to file their 990 when they file the new Form 8868. The new form increases the automatic extension from three to six months, eliminating the need to apply for a second three-month extension, which would be granted at the IRS’s discretion. The revised form is applicable to nonprofits with tax years beginning after 12/31/2015. The form can be filed online or mailed to the IRS and is applicable to the 990, 990-EZ, 990-PF and 990-T, among other IRS returns.

This increase from a three-month to a six-month automatic extension mirrors changes by several states in the past few years. For example, last year, Maryland eliminated the need to file extensions. Charities registered to solicit in the state can now file their Annual Update of Registration (charitable solicitation renewal) 10.5 months after their fiscal year end. This deadline now matches the maximum allowable IRS extension beyond the 4.5-month due date after a nonprofit’s fiscal year end. Maryland joined several other states that no longer require the filing of an extension: California, Connecticut, Hawaii, Kentucky, New York, Ohio and Pennsylvania. In the past, most of these states required multiple extension filings -- a process they eventually found to be too cumbersome. This provided the motivation to change their statutes or regulations to proactively and automatically grant six-month extensions.

Colorado is aware of the IRS change and has no plans right now to change their current process for requesting the second 90-day extension (the first one is always automatically applied). If that changes, they will contact the filing community as a whole.

New Mexico: Once the IRS six-month extension has been implemented, instead of requesting the 90-day extension first on the state’s website, organizations can request the 168-day extension and cite IRS dates as good cause to approve the New Mexico extension.

Rhode Island will mirror the IRS extension and provide a six-month extension upon filing the IRS Form 8868 with the Department of Business Regulation.

South Carolina: The filing date for renewal will not change. The state is following the IRS in giving the six-month extension on 990/financial reports. If there are charities that requested a three-month extension already, they will need to file a second extension for another three months. There is no way to track those and go back to make them six-month extensions. Going forward, when an extension is requested, it will be for six months.

Given the complexity of the 990 filing for many nonprofits, the additional requirement of reviewed or audited financial statements and required Board reviews and approval to file the 990, this is a sensible change by the IRS. This change largely reflects an agreement among some states and the IRS that more time is warranted to prepare, review and file these forms. Eventually most states, if not all, will mirror the IRS automatic, six-month extension, with or without the filing of an 8868. When that happens, we can thank the IRS for taking the lead in saving nonprofits some time. Sooner or later, perhaps the IRS will even automatically and proactively grant the six-month extension without the need to file anything, thereby saving nonprofits even more time.