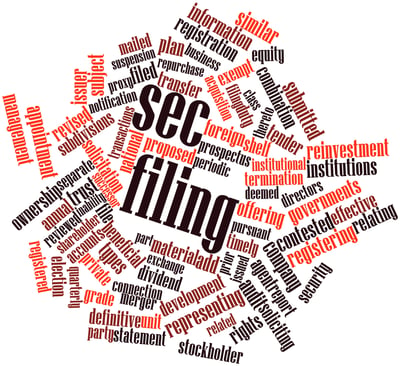 Another requirement for foreign private issuers under the Securities Act is to appoint a Duly Authorized Representative in the United States (USDAR) and include that representative’s signature on their SEC registration statements.

Appointment and Signature of a U.S. Duly Authorized Representative

Note: If the issuer is a foreign government or related political subdivision, the statement need only be signed by the underwriter.1

The following SEC registration statement forms used to register foreign private issuer securities all require the designation and signature of a USDAR.

Timing is Critical for USDAR Appointments

Appointing a USDAR is both a necessary and time-sensitive step for foreign private issuers registering to issue securities in the United States. Not having the signature of a USDAR in advance of filing the registration statement via EDGAR (Electronic Data Gathering, Analysis, and Retrieval system) can cause delays with the SEC filing resulting in serious consequences, e.g. missing a target filing date may cause a change in pricing of the securities due to interest rate fluctuations that may not be favorable to investors.

USDAR and Agent for Service of Process

Unlike the role of an agent for service or process agent, the point of contact upon which legal process may be served, the role of a USDAR is unclear. The Securities Act does not define it, nor has there been a court decision setting forth the responsibility or liability of a USDAR. In 2008, Vivian Oh vs. Max Chan brought this ambiguity before the Central District Court of California but ultimately, the court declined to offer any definition to the role of a USDAR.

Foreign private issuers that engage one service company to serve in both capacities should consider obtaining an acceptance letter for both the USDAR and process agent appointments, along with a signature from the USDAR on the registration statement, to be held in escrow while the SEC filing is pending.