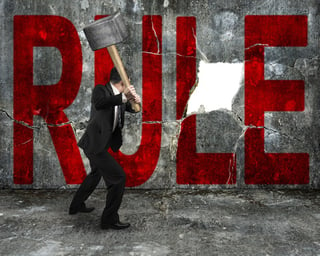 In general, the requirements for naming a business entity are similar across all fifty states. In all cases, your entity will have to make a filing with the Secretary of State or similar public official placing the name and other information on the public record. Depending on the state of formation and entity type, the name of your new business will have to meet certain criteria:

When it comes to series limited liability companies (LLCs), however, there is a lot less similarity in how states handle naming requirements. In the District of Columbia, Puerto Rico and the approximately 15 states that currently provide for series LLCs, you have a variety of options when it comes to the name of the individual series and the required public filing.

In Alabama and Delaware, for example, the master LLC needs to comply with the LLC name statute and to indicate in its Certificate of Formation that it is a series LLC. The Certificate of Formation is filed with the Secretary of State. However, the LLC statutes in these two states are silent on the naming of the series, leaving it largely to the manager’s or member’s discretion to choose the name. In these states, the series LLC does not have to make a public filing listing the name of the individual series.

Requirement to Include Master LLC Name in Series Name

Illinois and Kansas also require that a series name include the name of the master LLC. In addition, they require the filing of a Certificate of Designation establishing the new series and the name appears in the public record.

The Limited Liability Company Protected Series Act, currently being drafted by the Uniform Law Commission, also takes this approach with the added requirement that the name include the words “Protected Series” or the initials “PS” or “P.S”.

Texas takes a different approach. Similar to Alabama and Delaware, the naming of the series is largely to the manager’s or member’s discretion and the series does not have to file a Certificate of Designation to establish the series. However an assumed name filing is required.

As you can see, the rules for naming a series LLC in the jurisdictions where they’re permitted vary greatly. There is also a lack of uniformity from state to state regarding whether the names of individual series become part of the public record and are searchable. When creating an individual series within a series LLC, your best bet if you want to avoid delays and rejection is to carefully check the particular state’s LLC statute to ensure all requirements are met.