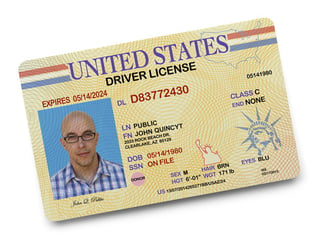 As most followers of our blog know, Article 9 of the Uniform Commercial Code (UCC) was amended a few years back to clarify the rules pertaining to the correct legal name of individuals for the purposes of perfecting security interests through filed financing statements. The rule in most states, including Indiana in this case, is that the name of an individual on a financing statement must be as it is indicated on the debtor’s driver’s license. Seems pretty straightforward and simple enough. And in applying the rules surrounding this principle, this court certainly seems to have reached the correct result. But while the facts as stated in the case of Ronald Markt Nay appear not to be in dispute, there are a number of “missing” or “unaddressed” facts that make this a curious case.

The agreed upon facts are pretty clear: The first secured party, SP1, properly perfected its blanket-type security interest against Mr. Nay by filing a financing statement with the Indiana Secretary of State on February 4, 2014. The second secured party, SP2, subsequently filed two financing statements with the Indiana Secretary of State on December 10, 2015 and December 21, 2015, pertaining to two specific pieces of equipment it had financed for Mr. Nay. SP2 claims a superior secured position relating to these two pieces of equipment, presumably because purchase money security interests in equipment were involved in both those loans, although the court really doesn’t state that fact specifically. On both of these filings, SP2 indicates the debtor’s name as “Ronald Mark Nay”, omitting the “t” that appears at the end of his middle name on his driver’s license. So the case boiled down to whether these filings by SP2 were legally sufficient, thus enabling it to acquire a superior position to SP1 pertaining to those specific items of collateral.

Ruling in Favor of Secured Party One

The court used essentially a three-tiered analysis in reaching its conclusion that SP2 did not have a superior position to SP1 concerning these two pieces of equipment: Was the clear statutory requirement met for the indication of the debtor’s correct legal name? If not, was the defect curable under the concept of “minor error”? Even then, could these financing statements be saved under the “safe harbor” provisions where they were discoverable by searching under the debtor’s correct name using the standard search logic of the filing office? The court answered each of these questions in the negative.

Pertaining to the first question, the court properly cited IC 26-1-9.1-503(a), which, since 2013, provides that if the debtor is an individual to whom a driver’s license has been issued, a financing statement sufficiently provides the name of the debtor only if it provides the name of the individual which is indicated on the driver’s license. In this case that standard was not met by the filings made by SP2, as Mr. Nay’s middle name was incorrectly stated.

Mark vs. Markt: The Case of a Typo?

So while all of this seems right and reasonable, and while it’s hard to find fault with the court’s decision, we still wish that a few “facts” were explored a little further.

One such fact is the actual middle name of the debtor. Is “Markt” really Mr. Nay’s middle name? That looks a lot like a typo to us. Sure it’s the middle name on his driver’s license, but is his middle name actually “Mark”? Did the parties brief the court on this issue? It’s hard to figure from the opinion, but we would have loved to see a court address the issue where the name on the driver’s license is actually wrong in fact, but right for financing statement purposes. (The authors have actual personal experience seeing such an error, and we wonder if any of our readers have seen this as well.)

Then there is the issue of the loan application by Mr. Nay with SP2. We wonder what middle name he indicated on the application. Did he at that time indicate “Mark”, on the good chance that is actually his middle name, not “Markt”? Or did the staff at SP2 that completed the erroneous financing statements seeing the name on the application as “Markt” just assume they were fixing a typo when they completed the financing statements without the “t”? It does look like a typo!

Also relating to these loan applications with SP2, did SP2 do a search of the public record to find previous financing statements filed against Mr. Nay? We are guessing that they did, indeed, do searches since they appear to have filed PMSI financing statements in an attempt to leapfrog the first in time security interest perfected by SP1. Wouldn’t they have noticed the unusual spelling of Mr. Nay’s middle name when they looked at the search results, and maybe question how they should have completed their own filings?

This, in turn, leads to the question of whether during the loan approval process at SP1 whether anyone noticed this unusual spelling of Mr. Nay’s middle name. Wouldn’t it have been a prudent practice to file that original financing statement providing a second name as well as the one of the driver’s license, one that indicated the middle name as “Mark”? We think we might have asked that question somewhere during the loan process.

Use Search Logic Rules to Your Advantage

One last point on conducting searches. Under both the Model IACA Search Logic and the Indiana standard search logic, if the search query is made only using the first and last names of a debtor, the results returned from the search will include all matches -- with or without any middle names. Yes, filers need to get the name exactly right, but searchers can use the search logic rules to their advantage to find records they really want to look at. We understand that many searchers want to conduct searches using the exact name on the driver’s license, but when the name looks off, it might be wise to do a less restrictive search.