The Process Agent Who Saved My Life

What do you get when you bring a little bit of humor into an ad for process agent services? A lot of YouTube views—plus a major boost in process agent inquiries.

Our five-minute long film, Unintended Consequences: The Process Agent Who Saved My Life, put an unexpectedly humorous spin on a normally not-so-humorous topic and, in turn, became one of our most successful video-driven ad campaigns to date. The film recently won two gold trophies for Excellence and one silver Distinction trophy from the Communicator Awards. It helped us highlight our process agent services, which provide both U.S. and international companies involved in cross-border financing transaction with appointed representatives upon whom legal documents may be served. (And speaking of the unexpected, it also allowed us to partner with the Rare Species Conservatory Foundation and draw attention to the plight of the pygmy marmoset—another “unintended consequence,” but one that we’re equally proud of.)

Check out the latest press coverage the video has generated. 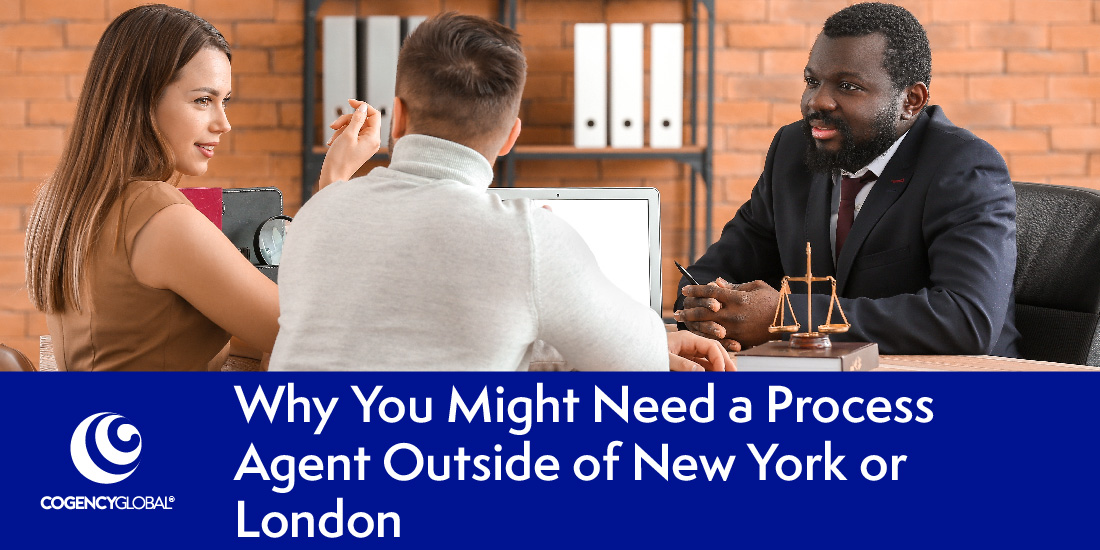 Does your organization require a contractual process agent for an upcoming transaction? In this global economy, parties to commercial financial false

As mentioned in prior postings, parties to commercial financial transactions are often from different countries, with each country having false

Top 5 Qualities to Look for When Appointing a Process Agent