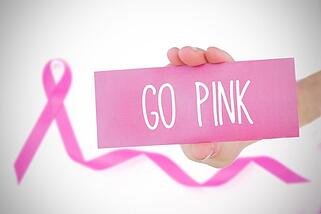 This posting covers required disclosures for charitable sales promotions. It will also address concerns related to the possible loss of tax exempt status that can result from these promotions as well as “best practices” that can help charities and CCVs avoid problems.

About 11 states require disclosures at the point of sale or solicitation to be made as part of the CSP.  The following is representative of the statutory requirement found in most states that require a disclosure:

Also, in addition to state disclosure requirements, “…both the Federal Trade Commission Act (the “FTC Act”) and state consumer protection statutes (often referred to as “mini-FTC Acts”) prohibit unfair and deceptive trade practices, which include misrepresentations of material facts regarding an advertised product or service as well as omissions of information that would be material to a consumer’s decision to purchase a product or service.”[2]

In addition to state statutory requirements, The BBB Wise Giving Alliance (“BBB WGA”) has developed voluntary Standards for Charity Accountability, wherein Standard 19 establishes disclosure requirements that, in some cases, exceed state requirements. The standard indicates that charitable promotions should disclose at the point of sale/solicitation (e.g. within the product advertisement, on packaging or affixed to a product tag):

"the actual or anticipated portion of the purchase price that will benefit the charity (e.g., 5 cents will be contributed to abc charity for every xyz company product sold)," the duration of the campaign (e.g., the month of October), any maximum or guaranteed minimum contribution amount (e.g., up to a maximum of $200,000).

For example, the following disclosure would meet all of the requirements of Standard 19:

Though the BBB WGA Standards do not have the force of law, adherence to Standard 19 will likely meet the requirements of most state statutes.

Similarly, the New York Attorney General’s office has devoted much attention to charitable sales promotions and released guidance or best practices to promote transparency in charitable cause-marketing campaigns. The guidelines, Five Best Practices for Transparent Cause Marketing, were released in October 2012, following a year-long review of “pink ribbon” campaigns of nearly 150 companies. Upon the release of the guidelines, New York Attorney General Eric Schneiderman said, “These best practices, agreed to by two of the nation’s largest breast cancer charities…” (Susan G. Komen For the Cure and Breast Cancer Research Foundation) “…will help ensure that cause-marketing campaigns provide the benefit that’s expected, and that consumers, charities, and above all, the women and families affected by this devastating disease are protected.”

Again, like the BBB WGA Standard 19, the NY Best Practices do not have the force of law, however, the guidelines “could be used by the NY AG and other state regulators to inform such regulators’ enforcement of general prohibitions against unfair and deceptive marketing as found in state mini-FTC Acts.  If used as benchmarks for advertising standards, the Best Practices could have far-reaching effects on the ways in which charities and companies conduct cause-marketing campaigns.”

Another concern for charities engaged in charitable sales promotions is unrelated business income tax (“UBIT”). When charities engage, on a regular basis, in trade or business activities unrelated to their charitable purpose, there is the risk that they could lose their federal tax-exempt statuses. Though publicly acknowledging a CCV’s support and making a general reference to their business and products is allowed, promoting or “advertising” of the CCV’s products by the charity could jeopardize the charity’s tax exemption. To avoid any possible attention from the Internal Revenue Service, most charities limit the duration of charitable sales promotions such that they are not regularly carried on and will not actively promote a CCV’s product or services.

Whether it involves pink bandages for breast cancer awareness or any other type of well-intentioned publicity, charities contemplating entering into a charitable sales promotion with a commercial co-venturer are encouraged to perform proper due diligence before conducting a cause-related marketing campaign. As part of this process, it is important to do a thorough review of state statutes, especially with respect to the definition of “solicit” or “solicitation,” as there are additional states that will require a charity to register (but not a CCV) simply based on how a state defines these terms (e.g. Alaska, D.C., Maryland, Minnesota, North Dakota and West Virginia).

In addition to registration requirements and due diligence, charities and CCVs need to understand their post-promotion, contractual, and disclosure obligations, as well as consider any adverse tax consequences when engaging in charitable sales promotions. To ensure all bases are covered, working with an experienced attorney and/or tax professional is highly recommended.