Conversions: Changing Company Type or Moving to a New State

Sometimes we may embrace it, sometimes we may dread it, but there is no escaping change. Like people, companies undergo many changes throughout their life cycles and are affected by many external circumstances that change as well. Sometimes these changes, such as business growth, diversification or amendments to the tax code mean that a company may benefit by changing its entity type. So, for example, a company may have begun as a limited liability company, but as it grows and takes on investors, it may decide it would be better off becoming a corporation. Or, it may have started out with a domestic state of Texas, but now wishes to become a Delaware company.

Statutory Conversions Can Simplify the Process

Statutory conversions, which began to be allowed by business statutes in the early 2000’s, can make the process simpler for companies that want to change from one entity type to another or move from one state to another. There is no need to form a new company and no need to transfer assets or assign contracts, as would need to be done if the company dissolved the old entity and formed a new one. It is also usually considered simpler than forming a new company and merging the existing entity into the new one.

Each state handles the process for conversion differently and not all states allow conversions in all situations. This becomes particularly important if the company wishes to convert from one domestic state to another. Generally speaking, conversion statutes that allow an entity to move from one state to another require that the conversion is allowed by both states.

The process for conversion usually involves the following steps:

Today we will look at the conversion provisions for four key states, reviewing requirements for domestic corporations and limited liability companies that wish to change company type, move the company to a new state or both. We will also discuss how a foreign company registered in that state would reflect the filing of a conversion in its domestic state. 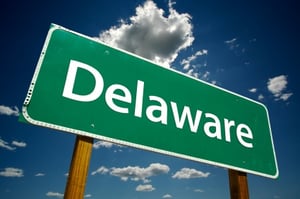 How to Reflect the Conversion of a Foreign Company Registered in Delaware (entity is not becoming a Delaware company as a result of the conversion): 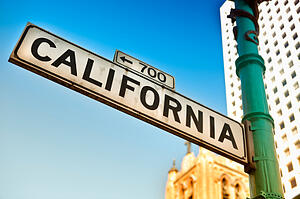 What to File in California:

How to Reflect the Conversion of a Foreign Company Registered in California:  Withdraw existing registration and re-qualify the converted company.

Two recent changes to Illinois law affect conversions. In July 2017, provisions allowing conversion to an LLC were expanded and now allow an LP, LLP, or General Partnership to convert to a limited liability company. It also permits re-domestications. However, conversions by an LLC or corporation into another company type are still not allowed. The Illinois Entity Omnibus Act, effective July 1st, 2018, allows any company type to convert into any other company type and allow also allow a company to domesticate into another state.

What to File in Illinois:

How to Reflect the Conversion of a Foreign Entity Registered in Illinois:  Withdraw existing registration and re-qualify the converted company.

Conversion statutes in New York only allow the conversion of a general partnership or limited partnership into a limited liability company, either creating a new LLC as a result of the conversion or converting into an LLC that was previously formed. When a New York corporation or LLC wishes to change company type or jurisdiction, the most common solution is to form a new entity of the desired type and merge the existing company into it.

How to Reflect the Conversion of a Foreign Company Registered in New York:

As you can see from the examples above, each state handles the process of conversion a little differently and laws are changing quickly in this area. It’s important to understand what types of conversions are allowed in the pertinent states when planning this important change, as well as the state filing procedures and requirements to ensure the changes to the public record are made appropriately. It is also important to ensure the change made in the domestic state is properly reflected in every state where the company is registered to do business.